You are here: Home / Movies / Paths of Hate

This is the trailer for the animation short “Paths of Hate”. The paths of hate themselve are the trails left behind by the fighter planes but the animation is really about the demons that slumber deep in the human soul and which have the power to push people into the abyss of blind hate, fury and rage.

It’s directed by Damian Nenow, from Poland (and a graduate from the Lodz Film School), who also had a hand in the both the intro and outro of the 2007 computer game The Witcher.

What do you think? Should we see more of this sort of animation out of Europe? 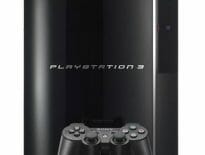