You are here: Home / Movies / Ultramarines get new trailer and pre-order

The animated Warhammer 40,000 movie Ultramarines movie is getting much closer.

Empire magazine got the exclusive for the second trailer – and they seem to be letting blogs embed the video so here it is below.

On the Empire article they make mention of the Eldar twice and suggest the grim future would make Star Trek’s Gene Roddenberry cry!

It’s also now possible to pre-order the Special Edition Collector’s Set of the movie itself for about £26.

Here’s what you get:

Original SteelBook TM, case, embossed on the front with the ULTRAMARINES logo and on the back with the Aquila emblem Bonus content, including:

Ultramarines get new trailer and pre-order 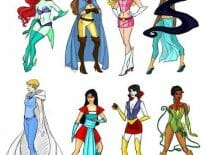