The first story, “1922”, is that of a farmer who tries to murder his wife in order to protect his family land. It has elements of Poe in it as the twist of fate goes on to include the sinister use of the farm’s well. “Big Driver” is a revenege story that showcases one woman’s scary ability to get revenege. in “Good Marriage” we visit a wife of 27 years as she uncovers the unimaginable secret her husband has been keeping from her. Finally, in “Fair Extension” – which is perhaps the most grim tale in the book – we watch how a man manages to dodge all the bad luck he’s due and land it elsewhere.

So, what do you think? Tempted?

What’s your favourite Stephen King to date? A lot of geeks seem to go for Dark Tower but is it really that good? 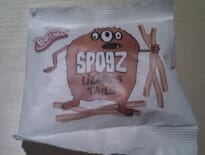