This is Audio EXP for the 4th of February, 2023, and the episode title is “There’s an official X-Men TTRPG on the way from Marvel”.

[The following is a transcript of Audio EXP: #183]

That’s the podcast’s title because it’s true, yet I feel the news has slid under the radar of many people who would care. It’s a challenge Marvel’s RPG strategy faces.

Random Rambling Press is in the Spotlight this month, as voted for by Patreons.

You know the score, I’ll get in touch, and we’ll try and get an interview up before the end of the month.

The start of the month also means that Geek Native’s amazing Patrons get to vote for whom will appear in March’s Publisher Spotlight. If you’ve a suggestion for a publisher to shortlist for April, then drop me an email, use the contact form on the blog or pop onto Geek Native’s Discord.

The candidates for March are:

There’s a slight delay on the official Marvel Multiverse Role-Playing Game, but it’s coming out later this year. The word ‘Marvel’ isn’t getting any smaller on the cover art, but I’m increasingly seeing it referred to as the Multiverse RPG. I think that’s good. We’ve seen how tabletop gamers react to megacorps.

Marvel hasn’t explained the delay, they just mentioned the date, and it’s later than previously listed. They also announced the X-Men Expansion Sourcebook, due in 2024.

I kinda think there’s a redundancy in being both an expansion and a sourcebook, and new books tend to be one or another. My main note is that this new book would be called the X-Men RPG for any other publisher.

The word Expansion, yes, has an X in it, I get that, but I wonder if the plan is to pick heavy-hitting teams and give each an expansion. Guardians of the Galaxy, New Mutants, Avengers, or Fantastic Four, and I wonder whether we’ll see geographies like Wakanda Expansion or Latveria.

If so, then I suppose over time, the brand recognition of Multiverse Role-Playing Game slowly edges up.

I’ve also previously talked about Cubicle 7’s strategy on this blog and called out their need for an IP of their own. They already have the steampunk Victoriana, but I had no Told-You-So bragging rights when they announced the sombre Broken Weave.

Now it looks like C7 are being especially clever. Broken Weave is coming to Kickstarter, and you’ll be able to use 5e to play it.

Now, though, there’s a bit more caution around 5e than there used to be.

After Broken Weave comes out, Cubicle will move more resources onto C7D20. That’s their new system.

Cubicle 7’s in-house game engine will also be fully compatible with 5e. I’m not entirely sure how that will work but I have seen games extensively modifier and wrap-around 5e before, so perhaps something like that.

Broken Weave can be played with either 5e and C7D20, and while I don’t know if you need 5e rules to use C7D20, I presume not, meaning Broken Weave’s reach expands to include gamers sticking with Wizards of the Coast’s game rules and those avoiding it.

Yes, I know people who won’t touch games even related to 5e, and I bet you do, too but let’s see how C7D20 lands.

Kobold Press are also pushing on with Black Flag, taking a similar approach to include but not be 5e. They’ve announced partners. Here’s the list;

Those are virtual tabletops and digital tools, but I don’t see Role. If you’re looking for a Black Flag Nexus, remember Black Flag is the code name; the actual name is yet to be released, but if Xbox was once a code name, that stuck. Demiplane is the company behind the Nexus suite of tools, so perhaps we will see a Black Flag Nexus in time, and the title will be fitting if the toolkit does become a crossing point for different publishers.

It may seem early to be talking about Black Flag Nexus, but you’ll wince at how early I’m with this. I’ve got Valentine’s Day content up on the blog. That’s because if you’re ordering cards or gifts, you need to think about shipping time, and here in the UK, with the post-Brexit crumbling of logistics, what once took days now takes many more.

If you go eCard you can remove that pain, and Fun.com has shared some Villaintine’s Day ecards. Yep, Villaintine for Disney villains.

We’ve got Prince John, the lion king, not that one, saying, “You’re guilty of Robin’ my heart”, the Queen of Hearts saying, “Paint the town RED with me”, and Captain Hook saying, “I’m Hooked on you!”.

There’s always room for cheese. I’m very tempted to tweet one a day.

Let’s stick with free digital things as we move on to the outro. Broken Compass is such a good RPG that the Italian publisher behind it, Two Little Mice, got bought by one far larger. CMON snapped up the talented team.

Now, at least a year later, the Broken Compass Quickstart is out for free and in English.

So, if you fancy a bit of Uncharted or Tomb Raider tabletop RPG, let this download into your hard drive.

Loculus Games’ has been saying a Kickstarter is coming from Chrono-Rogue for a while, but I’ve given up waiting and decided to call attention to the 55-page free Starter Set. Players are time pirates.

In bundle news, the Heroes and Champions 6e deals are back in the Bundle of Holding. Champions is superhero content, and Heroes is everything else. It’s a fat set of rules to read through but definitely not Wizards of the Coast.

Speaking of which, having a whale of time and back on Humble, there’s a new Pathfinder offer. If you want to go from digital zero to digital hero with your Pathfinder content, 2e rules and all, this is your deal.

Lastly, thanks to Fainting Goat, some Geek Native readers can win Champions of the Electrocube War: Omnibus Edition. That’s a roleplaying game in which players are robots from space with an 80s cartoon vibe and the ability to become cars, planes and entirely original don’t-sue things like that.

There’s a Kickstarter for a new set of adventures, and we’re running a competition to highlight that.

So, let’s finish there; watch out for both the black flag and time pirates and keep safe.

Audio EXP: #183 – There’s an official X-Men TTRPG on the way from Marvel 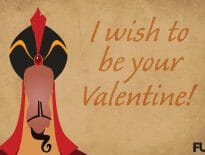 Geek Stuff Villaintines Day with terrible puns but helpful eC…
wpDiscuzComment Author Info
Manage Cookie Consent
This site uses cookies 🍪, and links are ads that may earn bloggers some money 💰, and with this alert, I very much hope that these dark truths 🧌 are acknowledged.
Manage options Manage services Manage vendors Read more about these purposes
Preferences
{title} {title} {title}