You are here: Home / TV / JustWatch: How did our December TV interests go?

We’ve had the complete look at JustWatch streaming data for the whole of 2022, but there has been interest in what exactly was interesting in December. JustWatch kindly provided some stats, and on the weekend too!

I guess that makes sense since we’d been tracking TV and movie searches on UK and US platforms each month for the whole year.

Is December surprising? Perhaps! There’s only a whiff of Christmas.

In the US, the love-it-or-hate-it Everything Everywhere All at Once came out top. It’s not that common to see a resurgence unless there’s a sequel in the charts.

An immigrant from China in her middle years finds herself swept up in a madcap adventure. She is the only one who can save the universe by travelling to parallel dimensions and reuniting with alternate versions of her past life.

TV seemed even more immune to festive joy than the movies, and geeky titles like Star Wars, Wednesday, and His Dark Materials did well in the UK. The US was a little less geeky but no more festive, with evergreen hits like Yellowstone capping the chart again and titles like The White Lotus and Jack Ryan doing well.

Yellowstone is the story of the Dutton family, headed by John Dutton, who owns the largest contiguous ranch in the United States, constantly under threat from people who live on its borders: land developers, an Indian reservation, and America’s first National Park. Land grabs net billions for developers and politicians are bought and sold by the world’s top oil and lumber businesses. Where contaminated drinking water from fracking wells and unsolved killings are not news: they are a byproduct of life on the frontier.

The usual caveat applies; JustWatch is a streaming search engine and this data is taken from what people are trying to watch or, at least, looking for. We don’t really know for sure if anyone ended up watching what they tracked down but it’s a good proxy.

JustWatch: How did our December TV interests go? 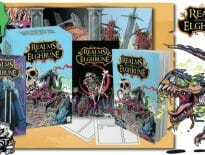 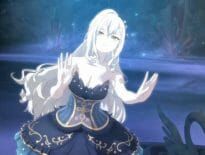 Anime Pole Princess!!: Pole dancing trailer is bold and …
wpDiscuzComment Author Info
Manage Cookie Consent
This site uses cookies 🍪, and links are ads that may earn bloggers some money 💰, and with this alert, I very much hope that these dark truths 🧌 are acknowledged.
Manage options Manage services Manage vendors Read more about these purposes
Preferences
{title} {title} {title}
Loading Comments...