Wayne Reynolds is an illustrator who has worked on games like D&D (3e and 4e), Judge Dredd RPG, Pathfinder, Rolemaster, Warhammer and Pendragon.

Drawing Christian saints in the style of RPG characters is a novel project that Reynolds has been engaged in this year, sharing the output on social media.

Handiwork Games, the publisher of Beowulf Age of Heroes, a|state Second edition, The Silver Road, Maskwitches of Forgotten Doggerland has this week they’ll publish the sketches, pending a Kickstarter, in a hardback.

The popularity of this personal project was unexpected that I felt these sketches needed to be collected into one book. I like Handiwork Games because they are so awesome”

This will be my first ever personal project in 30 years of working in the TTG and comics industry. Thanks to your support, comments and likes over the past year. It all helped to make a couple of goofing-off sketches into something bigger than I would have imagined.

Who doesn’t love Wayne’s drawings? They’re incredible, unique pieces of art, and it’s a huge honour to work with Wayne to make this much-requested book a reality” 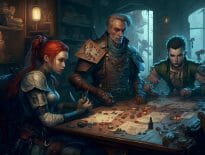 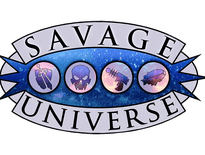