You are here: Home / Games / Tabletop & RPGs / The best selling titles on the DMsGuild in 2022

It’s been a busy year for the DMsGuild, with extra virtual tabletop integrations and this week the site has unlocked Roll20 content. It’s the DMsGuild that houses D&D community content.

Keith Baker and Imogen Gingell’s Chronicles of Eberron tops the list. It feels appropriate; Baker created Eberron for Wizards of the Coast and D&D after winning a competition. Chronicles is, therefore, still community content as it’s not published by WotC, but it’s straight from the mind of the original.

Join Eberron setting creator Keith Baker for another journey across the realms of Eberron, from the trackless void of the Astral Plane to the unknown depths of the Barren Sea. Chronicles of Eberron takes a deeper dive into Keith’s vision of Eberron, with expanded mechanics and detailed illustrations that bring the world to life.

This companion to Exploring Eberron contains lore and new options for players and Dungeon Masters alike. Play a Tairnadal champion with the Oath of Veneration, explore the mysteries of the Dark Six with the Aspiration Domain, or—if you dare—wield the forbidden magic of the Shadow. Learn more about the nobility of Khorvaire, the people of Riedra, and the stormsingers of Lorghalan. Face deadly new foes, from the daelkyr Avassh and Mordain the Fleshweaver to the infamous Grim Lords of Farlnen!

Mistfactor Press and Tessa Morecroft both manage to make the top twenty twice.

The best selling titles on the DMsGuild in 2022 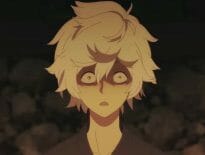 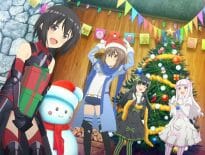