Dragon Warrior and Tiger Wizard are offering fans and people discovering the hip-hop pair a chance to get their music on CD. It’s the latest technology.

A mini dungeon crawl is included, and the $900 funding goal has already been met. You can find out more or back from the Kickstarter page, and I’ve embedded the Armor Classy album below.

The CD (Compact Dungeon) is the prize for this funded Kickstarter with a system-agnostic 10-room dungeon crawl that, Epic Levels say, suits characters of any level.

The Kickstarter doesn’t link to a sample, but Armor Classy isn’t hard to find. The campaign, after all, isn’t to pay for the music but the spinny disc.

Like the group’s name, Armor Classy opens with an epic orchestral crescendo on “Rather be Rollin’.” The song then moves into an anthemic banger touting the duo’s preference to playing RPGs over everything else. The album skillfully maneuvers from funky grooves over boom bap beats on tracks like “Liches be Trippin'” and “Underdark Exterminators,” to synth-laden songs with innovative percussion like “Minotaur Musk” and “DM Killed My Character.” The latter’s hauntingly beautiful chorus is brought to celestial heights by Grace Bellury (Karaoke, Del Vinicci, Lille). Armor Classy takes the best bits from the history of hip hop, disregards current trends and forges its own unique path.

Backers who contribute $18 or more to the campaign will get the CD and booklet, with a map, inserted alongside the disc. It’ll ship worldwide.

Step up to $100 as a super-backer, and then Tiger Wizard will also draw you a random monster and include it with the CDungeon and map.

Epic Levels estimate the main discs will be in the post by February, and the Tiger Wizard specials the next month.

"Abandon the search for Truth; settle for a good fantasy"
Music 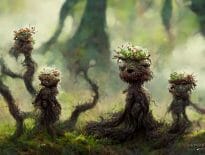 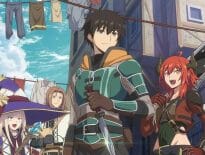 Anime Apparently, Disillusioned Adventurers Will Save th…
wpDiscuzComment Author Info
Manage Cookie Consent
This site uses cookies 🍪, and links are ads that may earn bloggers some money 💰, and with this alert, I very much hope that these dark truths 🧌 are acknowledged.
Manage options Manage services Manage vendors Read more about these purposes
Preferences
{title} {title} {title}