It’s that time of the year again, and we’re at Ind of the Year. That’s an Itch.io hosted bundle of indie games from 50 creators.

The goal of the bundle is to support indie designers while getting a wealth of tabletop games to you. You can pay only $10 and save 86% or, if you want, go up to paying $50, which will get you an 88% saving on an impressive $420 worth of games.

There are five tiers, with games like Slugbaster, Witch Wife, Moriah, Defenders of Old Tokyo, and Mectors spread across the selection.

This project has been an amazing opportunity for me and 49 other incredible indie TTRPG creators to publicise games made in the last year that maybe haven’t had the love they’d hoped for. We’ve been blown away by its success – netting nearly $1,500 in under a week feels pretty unreal in these times where it can be hard for small creators to promote and sell their games. Certainly my own contribution has hit more eyes (and being real, bagged more sales) in just this past week than almost anytime since immediately after its release. It rapidly feels like Ind of the Year is become an indie institution, and well-deserved.

This year, Ind of the Year is organised by Seamus Conneely, who also contributed A Stern Chase is a Long Chase and briefed me;

Filip of Ordoalea Publshing started the first Ind of the Year in 2020 for the express purpose of giving small creators more time in the spotlight with a celebration of what they’d worked on during the year. He then grew Ind of the Year ’21 to twice as many creators and roughly three times as many buyers and revenue! Unfortunately Filip wasn’t feeling up to running the show this year, but instead of letting it lie he reached out to see if others would keep the ball rolling. Armanda and I both volunteered, and working together to make IotY 2022 happen has been both an honor and a demonstration of just how much credit should be given to Filip for all the work he did on his own for two years. “

A lot of independent creators in the tabletop roleplaying game industry are one person operations that have to do everything themselves, which includes promoting the game. Even multi-person outfits rarely have much of a budget for marketing. So creators do all of the hard work of making the game in the first place only to be faced with the fact that if they don’t do a lot of extra work to promote it, then no one is likely to ever see it. Gatherings like Ind of the Year grant creators strength in numbers, allowing everyone to provide marketing power for everyone else and vastly increasing any given creator’s reach.

Not to be dismissed is that even if we never sold a single bundle, we still get to interact with a bunch of other creators from around the world, check out their creations, and be inspired by them. There are things I’ve written that would never have seen the light of day if it wasn’t for fellow IotY creatives providing the spark.”

The bundle runs until the new year.

Ind of the Year 2022: A bundle of indie RPGs to tempt and support 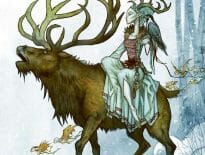 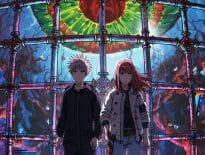