You are here: Home / Games / Tabletop & RPGs / Gourmet occult LARP lures in players from 3,000 miles away

In the opening beta tests, players from 3,000 miles away (roughly) in America have travelled to Monmouth in the UK, about an hour from Bristol, to stay overnight, eat and play in the game.

The Locksmith’s Dream is a gourmet interactive experience, with your dietary requirements met by the Chef, a bar and a menu to impress foodies. It’s a vacation, yes, a holiday, but it’s not for kids. The LARP is somewhat inspired by the Cultist Simulator computer games, as it’s an actual historical mansion, there are no internal locks on doors (it’s not a hotel), and you cannot bring your kids.

The premise is that the guests are there on behalf of occult organisations – their sponsors – to collect ‘Birdsong’ which is left over from a meeting of the Gods (known as hours). These take the form of coins, poems and specific objects known as Grand Birdsong which have stories woven through the puzzle experience.

Once night falls, guests are asked to return to their rooms to prepare for the house of the moon. At this point, they are provided with a unique mask to wear, another letter to read providing them with choices to make and a lantern to aid their nighttime explorations. The house becomes a stranger place, and the mysteries discovered during the day can be resolved.

Already hooked? If you are nearby, books are open for this year and events are planned for next. The small team is helmed by Ivan Caric, the manager, writer and designer (the original concept is from Alexis Kennedy), with additional writing by Lottie Bevan and Laura Langrish. Laura is one of many NPC performers who bring the event to life.

While your characters are there to collect Birdsong as part of an occult drama, the centrepiece of the experience for the player is often the seven-course evening banquet. That meal is in Treowen’s wood-pannelled dining hall with an honest-to-goodness fire.

Gourmet occult LARP lures in players from 3,000 miles away 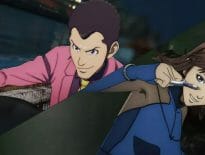 Anime Amazon Prime has the exclusive Lupin the Third vs.… 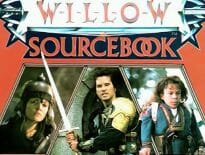