Disney is streaming a Willow TV series. It’s a sequel of the once underrated, now cult, 1988 Willow fantasy movie from George Lucas and Ron Howard. Warwick Davis returns in the titular role.

Jon Kasdan, who co-wrote Solo: A Star Wars Story and son of Empire Strikes Back screenwriter Lawrence Kasdan, is the creator and wrote several episodes for it.

In an interview with Slashfilm, Kasdan shares that he checked the D&D-powered “The Willow Sourcebook”.

The Willow Sourcebook was published by Tor Books and written by Allen Varney. It wasn’t a vast RPG, reaching to 90-pages, but it included information on all the named characters in the movie and descriptions of the creatures encountered. The book also had a map for the realm and offered DMs tips on using D&D to run games so that they felt appropriately Willow-themed.

While describing how he tackled canon, Jon told Slashfilm;

But beyond that one thing, we tried to stay very faithful to everything that was written around “Willow,” because there’s so little. We had this source book for the RPG game. That’s a wealth of great trivia and world-building stuff. We have the novel that was in an era when novelizations were real — as they still are — but this was a real art form at the time and expanded the story in meaningful ways. And then we had all the stuff that was cut out of the movie. So we treated all that very seriously and we needed to be loyal to those elements of the story.

I suspect The Willow Sourcebook will now be a collector’s piece. There’s evidence of it on Amazon and AbeBooks but nothing on eBay. Not today, at least.

One insider from the world of RPG retail who might know is author Allen Varney. The name might be familiar as Varney runs The Bundle of Holding. That site raises charity money through bundle deals and starter packs for some top RPGs. 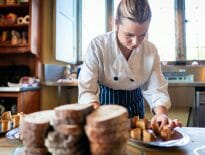 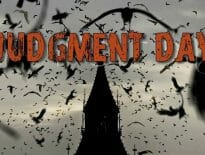