You are here: Home / TV / Anime / No justice? The Slow Second Life of a Retired Dark Soldier in His 30s

The elevator pitch for the anime “The Slow Second Life of a Retired Dark Soldier in His 30s” is that even evil henchmen deserve a break now and then.

But do they? This guy, Dariel, seems to have gotten off without justice and retired to a village and boobs.

The anime is based on the light novels by Rokujuyon Okazawa and illustrated by Sage Joh. Those tell the story of a former champion of darkness who gets fired from the Demon King’s army, the dark lord, and now has to earn a living like the rest of us.

Tomokazu Sugita, who plays Gintoki Sakata in Gintama, is Dariel. Fumitoshi Oizaki (Romeo × Juliet) is the director, and Encourage Films runs the project.

The story centers on Dariel, a soldier in the Dark Lord’s army who cannot use magic. Instead, he wields his intellect and initiative as an assistant to one of the Dark Lord’s most trusted captains. But when the captain is summarily replaced, Dariel also loses his privileged position and is fired. In disappointment, he retires in a village of humans, getting a new start in life by using his abilities to accept requests for help.

However, IMDB’s synopsis suggests that Dariel might be a victim.

A hero’s son, Dariel, was kidnapped and raised by his demon lord enemy to be his subordinate. But when Dariel is thrown out, he must find his own way to his own place in the world.

The Slow Second Life of a Retired Dark Soldier in His 30s is due in Japan on the 7th.

No justice? The Slow Second Life of a Retired Dark Soldier in His 30s 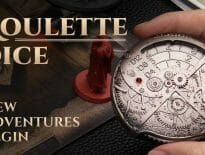 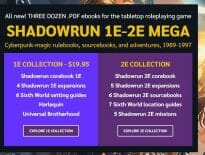