I’ve seen many digital tabletop RPG aids struggling on Kickstarter as of late. It’s not universal, but it’s common, and I suspect it’s due to many burnt fingers.

Update 21/11/22: The original article said a subscription model would be used in the future. This was incorrect.

Richard Tretzel and the TableTone team are an exception that proves the rule. The interaction audio app, designed to add background effects to your tabletop RPGs, has smashed goals and has hundreds of backers. You can see the details on Kickstarter.

TableTone makes a point of using music well in the video pitch so you can hear how effective it is.

The app will not require a subscription in the future, however, and for only the Kickstarter, a lifetime subscription is being offered. This deal might be the masterstroke in getting people to back the app.

Furthermore, you don’t need to be online to use the app.

The pitch is that you don’t need to do the heavy lifting. You pick the location and situation and then DJ your way with light touches as the game suggests the music should go.

The surroundings of your group come to life with natural and magical ambient sounds. The music and atmosphere follow when you enter a combat situation, seamlessly changing the intensity from lurking evil to ferocious attacks. The mood lightens when you see you’re winning. All at the touch of a button.

There’s a left on the early bird offer, and that’s significant because the first pledge tier with a reward is €30, an early bird, and that gets you the complete app, 32 soundscapes and 8 locations.

After that, there’s €59 2-pack deal, not limited, and worth €88 at retail which gets you the app and twice as many soundscapes and locations.

We’re back to early birds with the €70 offer of 80 soundscapes, 20 locations and sounds for four different situations (combat, sinister, relaxed and mystical).

That lifetime offer is €219, about £191, and has a half-dozen supports. You get unlimited access to soundscapes at this tier.

Early birds that have sold out have driven ToneTone’s success so far. The campaign itself is slated to deliver in September 2023. 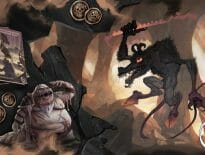