There’s a free Witch quickstart on DriveThruRPG. The download is an introduction to a world where you’ve sold your soul.

There’s a Kickstarter too, which has two weeks left to run and has made its funding goal. The project will bring the second edition to life.

Angry Hamster Publishing is Elizabeth Chaipraditkul and Steffie de Vaan, both of whom are RPG designers Geek Native’s readers are likely to be familiar with. The Kickstarter gives me a chance to borrow some of their time, and I wanted to know the why of Witch 2nd edition as much as the what. Kindly, they agreed to elaborate.

Witch: Fated Souls Second Edition is a modern, dark fantasy game where you play a witch who sold their soul to a demon for power. Your soul might be lost, but there’s still hope for redemption if you can outwit your demon! The game draws its DNA from TV shows like: Supernatural, The Chilling Adventures of Sabrina, and American Horror Story: Coven.

Liz and Steffie here! A big thank you to Andrew for letting us have some space to talk to you about our newest game Witch: Fated Souls 2e, which you can back on Kickstarter here: bit.ly/wfs2eks

When we spoke about how we wanted to formulate this post a lot of ideas came to mind, but one thing that we’ve always enjoyed about Geek Native is how it tends towards added value posts for the readers of the blog – so we didn’t want this one to be any different. It was also a nice opportunity to talk about how we’ve both grown as designers within the industry in a more formalized way and it’s a topic we don’t often reflect on very often… aside from occasionally when we process each other’s edit and think, “damn, those are some deep cuts.”

So, why a second edition? Well, if I (Liz) am honest, the first edition was both very good and very bad. I had a lot of fans come to me and tell me how much they loved the game, the moral choices they had to struggle with, and the worldbuilding. I quite literally followed a hype thread on Twitter a few weeks back about Witch 2e where two fans said they’d play this game forever… but how overjoyed they were that the system was getting fixed (PS – so much love to you, it made my day).

And they were 100% right, the system had quite a few bugbears that people had to overcome in order to play. Seven years on from the first edition, I’ve grown so much as a designer I knew I could do better for the fans and for myself. I think it takes a certain level of ego to be relatively unknown and throw a hardcover 8.5 x 11” book into the world and ask people to love it. Part of my personal growth as a designer is to realize with over a hundred titles under my belt (#humbleflex) I still need to improve my work. No one owes my games anything, it’s my job to ensure the play experience is what I intended, rather than asking players to infer what to do based on a strong setting. Witch will always be my first love, but it doesn’t mean it can’t be improved.

One thing I personally struggled with between creating 1e and 2e is being truthful to the game I created vs the ideal of the game in my head. When designing the mechanics for 2e, which are based around Angry Hamster Publishing’s Award-winning game Afterlife: Wandering Souls, I had to come to terms with the mechanics of 1e were actually doing, rather than what my brain implied they were doing. Then I had to fix that… which was sometimes a huge pain in the ass. Steffie, what do you think? Why 2e?

I (Steffie) am gonna take a stance here and say that new editions are always (well, usually) a good thing. Designers and writers change—they get better and now they can create a better version of an already beloved game. The times change, too, and most settings benefit from moving with it. Fans of the first edition can still play that if they want, but I think most of them would choose the second edition. The mechanics are more intuitive and streamlined, the themes of the game have a tighter focus, and witches have fully embraced the wonders and horrors of social media. All in all you get everything you loved about the 1E but better and more. I didn’t work with Liz yet when she created the first edition so I’m very honored and happy that she let me guide the second edition. We spent hours talking about the core of the first edition, the direction of the second edition, and how to make both shine.

What’s changing? As we mentioned above, the entire mechanics system has gotten an overhaul, it’s now based on a pool of 6s and GMs don’t make any rolls. One thing we’ve kept is witches being able to cast as much magic as they want, as long as they are willing to pay a price. Additionally, now magic just works—if you know a spell to resurrect a body from the dead—you can do it! It’s been a lot of fun to see how well that works in playtesting without ‘breaking’ the game. Many games tend towards making the casting of magic a success/failure kind of deal, but as players we’ve always found that annoying.

Sure, sometimes it makes sense that magic doesn’t work. However, I’d (Liz again) argue that the magic system doesn’t truly work if there are no narrative reasons for a magic caster failing at casting 90% of their magic in a session, because their dice rolls are bad. And that if it’s expected, but not explicitly stated, that GMs/players are required to think of a reason for the failure without mechanical support the system should be looked at. But, now that I’ve subtly insulted 90% of the games I deeply love playing on a near-weekly basis… Steffie save me? What else is changing?

I (Steffie) want to circle back and say that I love the always-works magic system. Your demon WANTS you to use magic, so long as you pay the price. So it makes absolute sense that magic doesn’t require a roll—just pay up and you’re good (or not, depending on the price you paid).

A very practical thing we added to the setting is a social media app called Witchapp. It functions like a cross between WhatsApp, Discord, and Tiktok, and also allows you to store a digital grimoire. I love horror movies where the characters have modern devices on them because it makes the setting more realistic and relatable. Like—why did this person go on a night time road trip and not bring their cell?? So in Witch, your character can embrace the traditional route or go fully digital based on their personality.

Something I really wanted with the second edition was to put the claustrophobic tones of Witch edition front and center. You sold your soul to a demon and you have to deal with the fallout of that decision. You can reclaim your soul with magic, but that means making more bargains with your demon—it’s a catch 22 where you are trying to find a way out before you have nothing left to trade (the latter, of course, being exactly what your demon is banking on). We delve deeper into the bond between witch and demon, and have a fellowship of hunters infiltrate mortal authorities. Not all hospitals and municipalities have been compromised, but there’s no way to tell if this one has or hasn’t until it’s too late—so that avenue of getting help is also gone. It’s a very isolated and claustrophobic experience, which I think a lot of people can relate to. It’s also very empowering at the same time, though, because your character can (and hopefully will) find a way out.

That’s it from us. Thank you so much for having us, Geek Native. Liz and Steffie out. 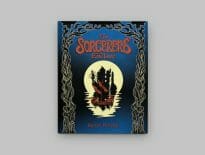 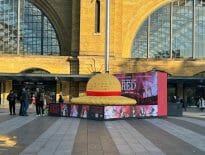