If you were passing through King’s Cross, London’s busy train station, on Friday, you might have wondered why there was a giant straw hat outside.

The straw hat display is to advertise One Piece Film: Red, a record-breaking Japanese animation.

It’s getting less rare for feature-length anime to reach Western cinema screens, Netflix has invested in the medium, and Sony bought the streaming platform Crunchyroll. In the States, it’s Crunchyroll distributing One Piece Film: Red, but in the UK, it’s Glasgow’s Anime Limited.

The One Piece manga is record-breaking, holding the Guinness World Record for “most copies published for the same comic book by a single author”, Eiichiro Oda, and was the best-selling manga for 11 years in a row. It’s the story of a boy who ate a Devil Fruit and gained stretching powers for his body. This boy, Luffy, wants to become the King of the Pirates.

The straw hat? That’s the symbol adopted by Luffy in tribute to the man who raised him, Shanks, and the name of his pirate gang.

One Piece Film: Red is the 15th film for the series, but it’s as good a starting place as any. The iconic straw hat indeed features in it.

Anime Limited, who recently helped run the Scotland Loves Anime festival in Glasgow and Edinburgh, has been busy. In October, they were bought by the German Plaion media company, which is part of the Embracer Group. 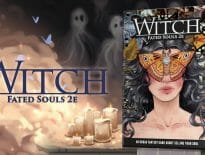 Tabletop & RPGs Angry Hamster talks about when it’s time for… 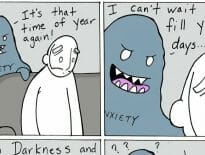