You are here: Home / TV / Anime / The danger of time travel: A review of The Tunnel to Summer, The Exit of Goodbyes anime

The Tunnel to Summer, The Exit of Goodbyes, is about a magical time tunnel known in the anime as the Urashima Tunnel.

That’s a reference to the Urshma Taro Japanese myth about a fisherman who spends some time under the sea in the Dragon Palace only to return hundreds of years later. Time for the fisherman did not pass at the same rate as it did for his village.

The Tunnel to Summer, The Exit of Goodbyes is about two school kids with a lot on their respective plates who find the Urashima Tunnel and debate whether they should venture inside. Why would they? Not to spend time with the Dragon King but in the belief the Tunnel grants wishes.

I watched The Tunnel to Summer, The Exit of Goodbyes at Scotland Loves Anime on the big screen. It aired on the Saturday, the festival started on the Monday, and this feature-length was the first to get a spontaneous cheer from the crowd. What happened? Anzu Hanashiro slugged a bully in the face. Without a doubt, Anzu is the strongest of the two characters.

The bloke, Tono Kaoruo, gets more air time, though. Tono has it rough at home and still in pieces over the death of his sister Karen. Could the Tunnel bring Karen back, or wind time back until there’s a chance to save her?

I did ask, before watching the film, whether this was creepy necromancy but it’s absolutely not. There’s angst in an otherwise beautiful summer.

The Tunnel to Summer, the Exit of Goodbyes looks great. It brings to life the timeless beauty of almost rural life in Japan. It’s not farms, but this is not the inner city either. You can tell because of the deer.

The characters are real, with emotional challenges most of us can relate to, and we’re not dealing with multicolour hair. Even the Tunnel itself, which uses CG to help reinforce it’s not part of the usual (animated) world, is on the conservative side of the supernatural. In fact, you could watch this entire anime and happily have a fringe science explanation for it all.

The soundscapes are muted, and there’s not too much focus on anyone other than the two heroes. There are other characters, but there are only two ends to the Tunnel, and they’re our two protagonists.

I’m not sure I’d call The Tunnel to Summer a feel-good animation, as there are challenges to overcome as imperfectly as is believable. It might well be a great date movie, especially if you’re keen to introduce someone to anime and want to know their reaction. It’ll suggest many things to discuss at dinner after the movie, including the strength of love.

I had high hopes for The Tunnel to Summer, The Exit of Goodbyes. I enjoyed the feature-length and was moved by it sometimes, but I’m not sure all my aspirations were met.

There’s no climax but a slow resolution that you must wait for (and perhaps that’s the point, given the time-warping topic at hand). Without it, the story is possibly not the emotional thrill it could be. There’s light at the end of the tunnel, but it’s not part of a rollercoaster.

I’d recommend it, it’s undoubtedly the best story of returning an umbrella I know, but it’s a solid performer and not a superstar.

The danger of time travel: A review of The Tunnel to Summer, The Exit of Goodbyes anime 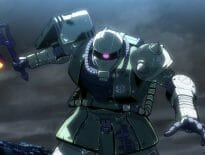 Anime So bad they made it into a feature-length: A revie… 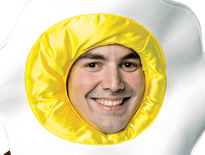