You are here: Home / Games / Tabletop & RPGs / Are these the 9 most scary monsters from Free League?

Free League Publishing has had an incredible run in recent years. Just recently, the Swedish publisher has released Ruins of the Lost Realm for The One Ring, Twilight 2000 and titles like Using Dead Things is coming soon for MORK BORG, a game they help publish.

There’s a bit of a dark theme there, monsters and horrible twists on reality. Other games published, or assisted by Free League, Death in Space, the Nordic horror Vaesen and the Alien RPG cinematic Destroyer of Worlds and Heart of Darkness.

I wondered what the scariest monsters Free League Publishing has helped to bring to the tabletop are. Kindly, Free League permitted me to share some pictures, so here they are (and in alphabetical order).

On asteroids far away from colonies and space stations, these spiky beasts have awoken as the vibrations of mining drills reverberate through the rock. With great guile, they wait in silent ambush for any miner who happens to venture near.

All goblins carry a curse. Once like you, they are now trapped in the prison of their crazed goblin flesh. Only their eyes reveal the truth: a ruined mind watching its body-prison perform terrible deeds. Even being attacked by goblins sends the curse, carried on the winds of their hate. Hit or miss, it doesn’t matter. In the dark of Sarkash forest they shoot at passers-by with twanging bows. You must find and kill the goblin before your mind is paralyzed. If the curse-carrying creature still lives d6 days after the attack, you will warp irrevocably into one yourself. Then, only the dark of Sarkash will hide you.

One of the most feared mutant monsters in the Zone, this beast is similar to its water dwelling cousin but has the ability to move through sand and loose soil. The Landshark is colored a mottled brown to black and lacks eyes. It can “see” using sonar, which can be detected by mutants sensitive to such things. Large Landsharks can measure up to 15 feet in length and they devour anything in their path.

The ruins of Davokar forest are all haunted by frightful beasts, abominations and phantoms. According to stories told in the taverns of Thistle Hold, one of the most dreaded is the winged horror called Managaal. Many a lone survivor claims to have fled into the woods after having witnessed whole expeditions fall victim to the hypnotic charm of this blood-sucking monstrosity, and based on such accounts the creature appears to target wizards, theurgs and other mystics in particular.

It is a vile creature, as terrible as the plague and fierce as a storm whipped up by the demons of the higher planes. But the Mara never takes physical form. It cannot be predicted, understood, or grasped by either human hands or scholarly means. It is a scourge born from nightmares, as elusive and deceptive as the chaos of dreams. Sometimes it appears to its chosen victim in the form of a demonic, scornfully grinning cat, other times as a shriveled corpse, frail-looking and partially covered in thick boar bristles. It is said, however, that the sleeper can always recognize the face of their nemesis in the Mara’s twisted features, but whether this is ancient wisdom or mere superstition is anybody’s guess.

The cold dark of space is home to the mysterious beings known as the Muzhadjar. They are most common around ship cemeteries and other wreckage. They were originally created as an advanced defense system for Yahurab-class battleships from the First Horizon and are a mix of bio sculpt and semi-intelligent machine. They are designed to move quickly through tight spaces and to survive in vacuum. Exactly what sort of biocode they are based upon is unknown, but rumors say that creatures from the Dark Between the Stars are the source.

A Myling is the spirit of a child murdered by its mother, often because it were born out of wedlock or because there was no social safety net for those too poor to care for their child. In the 19th century, infanticide is punishable by death, and the myling often wants to see its mother punished. The spirit haunts the place where the body was hidden – screaming, wailing, and sobbing. It appears as a ghost of the same age as the child when it died. The creature can also take physical form in the shape of a giant black bird with a human head. A Myling can be teasing and mischievous.

In Tveland relic thieves, defamers and corrupt clerks suffer a punishment of exquisite and deeply impractical cruelty. Their children or grandchildren are enclosed in porcelain dolls and then placed in cathedral windows, to die slowly of starvation and heat. Despite warding rituals, many return as vengeful undead, often gathering in large throngs to hunt their tormentors. Their mad gaze demands a Presence DR12 test at the start of combat to avoid being frozen with fear for d4 rounds.

Forget anything and everything you’ve heard before about facing off against aliens. Ignore the macho bravado you’ve overheard drunken marines spout at bars – especially those with no scars on their faces and all their limbs intact. They are cocky and alive because they haven’t actually seen a Xenomorph in real life. If they knew anything worthwhile about these things, they would be shaken and reserved. If you see a Xeno, you do one thing: run. You don’t stand a chance, you never did and you never will. You think you’ve got superior firepower in your hands? Use all your big and fancy toys to cover your escape, but get the hell out of there.

Free League certainly know Halloween is a good season for them. There’s a Vaesen sale at DriveThruRPG.

Are these the 9 most scary monsters from Free League? 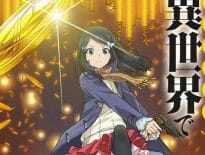 Anime Saving 80,000 Gold in Another World for My Retirem… 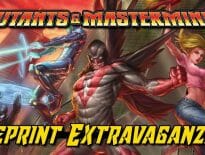