Last time I talked about how to make a game enjoyable for players, how to serve them and build a game focused on them. But you have to also think of yourself as a player.

It’s very easy to listen to videos, read articles about GMing, and get caught up in the ‘things you must do to be a good GM’ mentality. So I’m here to tell you to breathe and relax.

It’s a big burden, running a game, I know. Even with it being my job and a thing I do four times a week minimum, I sometimes come to a session with trepidation. I’ve been running Vampire: The Masquerade since the 90s, but in my latest campaign, I was still stressed about opening it up again and bringing a new set of kindred into the arms of the Sabbat. But it doesn’t mean we have to let these fears crush us. We don’t have to be worn down by the game, even if it isn’t working right now.

It’s ok to be making mistakes or find it hard. It’s also ok to be you inside a game and put things you enjoy in. It’s something we don’t talk about often, but you should definitely be creating moments you want to see in a game. It’s delicate art without railroading but trust me when I say it’s necessary for you to be excited by a game too. Or you’ll eventually stagnate. So let’s look at how you can ride out the road bumps and put some stuff in the game for you.

Build Around Challenging Yourself

It’s very easy to stick to our strengths, and as a general rule, you should lean into them at all points. But work out ways you can push them into a new space.

Good at building real tabletop terrain or virtual tabletops? Push what you can create with the medium; design stuff no one else has ever seen. Enjoy yourself in that field.

For me, this often takes the form of really getting into an NPC’s psychology or portrayal, finding something that isn’t a copy of what I’ve done before. I’m really interested in one of the vampires in my game, a hideous creature who has a messed up mouth. I like the way his voice sounds in my mouth, all lispy and disgusting. Just this investment in making a new set of characters work has brought me right into that game.

I’m pushing myself, but in an area I know I love. So it feels challenging but not beyond my comfort zone. Aiming for whatever this is in your life makes a game more about your vision, giving a more unique and specific type of roleplaying game that only YOU can run.

Be Mindful Of Your Excitement

It’s seems really obvious that you should run a game around things you enjoy. But you should implement this on every level – if you think a session is not going to be engaging for you to run, look for a way to add something that twists things on their head.

I get this often in D&D games where characters decide they have to go to a place, and I realise we are going to need a ‘travelling’ session. I always try to take a moment for the players to stumble across something that builds a piece of the world or changes how they view a faction or historical detail. Because I’m only interested in travel if it’s exciting and not a procedural wander.

Start thinking about what you like and start taking a record of it. Then when you are stuck for an idea you can move something in that fits.

This is also true of ongoing game elements. Did you like how players interacted with a cool locale or playing a certain NPC? Maybe keep them around for you.

It’s important to still listen to what players like, but sometimes you might really enjoy an NPC yourself. You need to make sure that NPC doesn’t solve all the player’s problems or become overbearing but bringing back an NPC because you love them isn’t always a crime.

Try to show the players what you see in this world element. Why they should love it. Don’t just assume they will; instead, communicate it to them.

In the Vampire game, I read about a group of sabbat vampires who violently protect members of the LGBTQ+ community and instantly fell in love with the idea. I spent ages thinking about the sort of people who would be in this group and made them relatable monsters. The players seem to love them.

You can do the same. I’ve had good GMs do this – A Star Wars GM who loved Mandalorian lore before it was cool, a Dragonlance GM who wanted to make sure the cities we visited felt like those in the books. Their passion stirred me as a player. Don’t be pushy or keep stating how much you love a thing; just let your love of a thing be clear and infect others.

Gamify It For Yourself

A way I find really helps is when I am note-taking after or thinking between sessions, I turn it into a secondary game for myself.

In a long-running supers game, I spent some time making roster books and guides to my supers world. While they were nominally for players to help them remember five years of play continuity, it was also sort of for me.

Updating timelines and categorising new NPCs under in-world organisations’ definitions kept me really invested in the universe and appealed to my obsessive, list-making nature. Turning stuff into small games for yourself can be very rewarding. Making relationship maps, writing out the factions’ plans, and rolling on charts. All fun.

You can also move this into sessions. Rolling live on charts and random generators during a session can be amazing because it gives you some of what the players have – the unknown. The one thing we can miss out on as GMs is the ‘not knowing’ of what is about to happen. So creating weird mini-games or random effects gives us back that sense of not being sure what is about to happen and lacing the whole thing with potential narrative anarchy.

Plan in moments like this for you on purpose – think about which NPCs you want to meet to find out what happens, put moments with random tables in, and take a moment to you to really let yourself see the game as not something you have to be in charge of. If it’s going off in a direction you don’t expect or not running how you want, just breathe, forgive yourself and realise it doesn’t mean everything has to end. It’s just a difficult moment. Soon you’ll be laughing with your friends again.

I hope that helps any of you stressing and understand that you still have agency and choice. You aren’t stuck going through the motions. I hope you’ve enjoyed this article, and I look forward to seeing you soon! 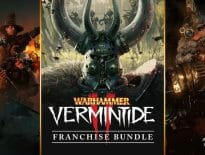 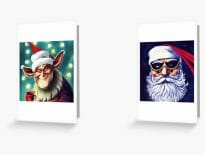