The new KanColle is a reset as KanColle: ITSUKA ANO UMI DE is the first anime in the franchise in six years, set in a different continuity, with a new studio and new voice actors.

The new studio is ENGI, and you can sample the newness in the trailer below, with the captions button there for English subs.

The original series is up on Crunchyroll, and I suspect their summary of it will apply to the reboot as well. They say;

Set in a world where humanity has lost control of the oceans to the “deep sea fleet,” the only hope to counter this threat are the Kanmusu, a group of girls who possess the spirit of Japanese warships. The story revolves around Fubuki, a destroyer who comes to the Chinjufu base to train with other Kanmusu.

The original trailer was pretty dramatic with music and weapons but has since been yanked, as is frustratingly often with anime.

ITSUKA ANO UMI DE will only be eight episodes and due in November. 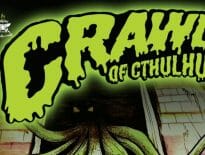 Tabletop & RPGs Competition: Win a Crawl of Cthulhu: A Babies and … 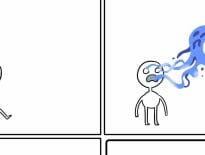