You are here: Home / Books / Comics / Titan Comics will publish an Astroneer: Countdown series based on the video game universe

Gearbox and indie game developer System Era Software’s Astroneer is a popular game where you play with friends, reshape the world and survive on mutant planets.

Titan Comics has today announced a new and original graphic novel series based on the universe in the game.

The adventure follows affable Astroneer Seven as he travels across the Boreas System. What begins as an epic hunt for vital resources quickly devolves into a crisis of identity and belonging. Will the enigmatic time-and-space warping crystals save Seven from his troubles, or will they merely add to the chaos? Astroneer also includes three short stories: Countdown. Have We Met, Out of Bounds, and Decaf Noir Each is a component of the larger Astroneer universe and captures the game’s wonder.

With Astroneer I aimed to write a story that is truly all-ages. Much like the game, we’re inviting EVERYONE to journey into space, explore new worlds and join us on the adventure of a lifetime!”

I couldn’t be more thrilled to explore the universe with the fan-favorite characters of Astroneer! From the jungles of Kthoom to the dangers of Decaf Coffee Cubes, we’ve got some hilarious adventures in store for our favorite intergalactic pals of pudding!”

The first volume is due out in March 2023, and there’s a placeholder on Amazon, but not much else.

Titan Comics will publish an Astroneer: Countdown series based on the video game universe 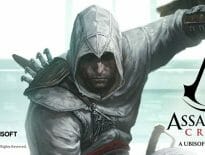 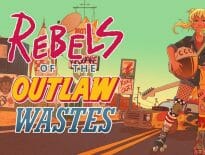