You are here: Home / Books / DC Comics not actually a nemesis to, er ‘Nemesis’ 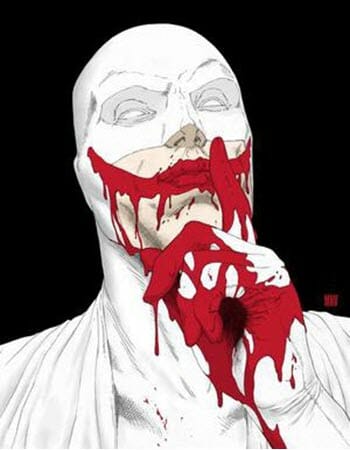 Yesterday, it was reported that Marvel Comic’s forthcoming ‘Nemesis’ series by ‘Kick-Ass’/’Wanted’ creator Mark Millar was being met with legal action by DC Comics. Apparently not according to comments Millar made over at  Comic Book Resources:

“There is no issue at all here. Someone simply saw that the image we had planned for the first cover had been removed and assumed DC had hit us with a writ or something. Nothing could be further from the truth, and the whole thing is much more informal. What happened was that someone in DC editorial was a little worried that we were casually mentioning two of their characters in interviews and asked legal to ask us not to. The legal guys at DC, who are friends of mine, just dropped me a casual, informal email asking me to be cool, and I agreed, promising them that Steve and I wouldn’t cross any kind of line in the promotion of ‘Nemesis.’

So there you have it. No big controversy, just a ‘friendly’ request to stop using their characters prominently in promotion of a competing book.

Isn’t it dull when people decide to be civilised?

I think this news is somewhat in alignment with Sir's predictions. Its all about pushing buttons.

DC Comics not actually a nemesis to, er ‘Nemesis’