VeryNeko has a deal on their Black Panther t-shirts, a bundle deal, and a range of merch, including a unique mug.

The marketing around the movie has been cautious and respectful of Chadwick Boseman’s legacy, but with an estimated multi-million blockbuster launch slated for later this week, merch is coming.

It’s not just VeryNeko; brands like Sideshow and Xbox are among many taking part.

[I want my hands on this]

T’Challa’s vibranium-woven suit is depicted in action using meticulous hatching and bold black ink. A spear halo frames the hero while the futuristic Wakanda city rises behind him.

This cookbook has over 70 Wakanda and African recipes for king-worthy dinners. Marvel’s Black Panther: The Official Wakanda Cookbook’s 70+ African-inspired recipes make it a must-have for any kitchen.

Microsoft has a host of offers, deals, and freebies. 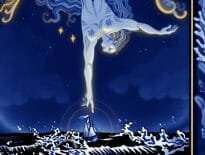 Tabletop & RPGs Solo, Together: The Case for Collaborative Journal… 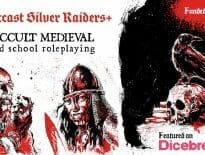