It’s been another busy week on Kickstarter, and RadiationBurn’s Kickstarter for SARIL has launched into it. As a result, the tactical RPG in which players trade the certainty of success for the magnitude of success is easy to miss.

At Tabletop Gaming Live this month, I had the chance to play a demo of SARIL and get how the game works. The Kickstarter says you can learn the rules from one-page you can, and the pitch says it’s good for new and expert players, and it is that too. You can find out more from the pitch video.

There’s parallel play in SARIL; DMs describe what’s happening, players share their responses and the dice roll at once. If a player rolls lots of dice, they’re more likely to have a character acting this turn swiftly, but holding dice back gives a bonus to action.

Players roll as many dice as their characters have skill points, and the whole round is a single roll. More details of how the system works are free on the site.

Since I had the chance to talk to designer Graham Stewart about plans for the game, I got to ask about timelines and future hopes.

It’s great of Graham to share this with us and let me be the voice of caution. This is all planned, all sketches, and all depending on Kickstarters funding despite the current competition, world chaos and a host of challenges. It does, however, indicate plans for a supported RPG and how far ahead RadationBurn are planning.

You can support the indie RPG by sharing it on Kickstarter or pledging a little money. If you can afford £18, that’ll get you the core rules, the Beaky Bois Bird Brained Bonanza scenario, and some beta rules in PDF. You also get a Roll20 character sheet, PNG files, stretch goals and 15+ STLs.

Stepping up to £25 adds the Parallax Scenario PDF, more STL and your name in the book.

The £30 line adds more adventure in the shape of The Twisting West Scenario and more STLs.

Then, at £45, we get the physical hardback of SARIL in a tier that includes earlier offers.

Above that, there are £80, £100 and £200 tiers, which offer exclusive editions, retailer levels and personalised messages.

The last tier, £288, also offers commercial rights to sell and print the STL minis. You could see how gaming shops could use SARIL to demo TTRPGs and then tempt people with 3d-printed minis of the game just played.

The estimated delivery dates are soon, with the PDF being offered in October, then November for the later scenarios and December for the book.

SARIL is a tactical RPG worthy of more Kickstarter attention 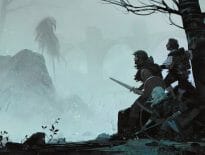 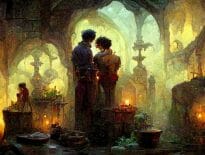