You are here: Home / Geek Stuff / Interviews / Free League on Embracer’s purchase of Lord of the Rings, supply challenges and the D&D ecosystem: An interview with Tomas Härenstam

Tomas Härenstam is the co-founder and CEO of Free League Publishing and is not one to duck out of hard questions.

Geek Native got the chance to put some to him and didn’t shy away from hot topics, and neither did Tomas.

In this Q&A, we talk about the future of The One Ring, the official Lord of the Rings RPG, while it’s hard to get hold of just as The Rings of Power is on TV and after another games firm bought the rights.

What does all this mean for the future of The One Ring? It’s not clear, but Tomas says Free League might pop over for a chat with Embracer about it.

We also discuss AI art and where Free League’s plans for digital RPG support differ from Wizards of the Coast and D&D.

Are you a fan of Amazon’s The Rings of Power? Is it worth the billion buck budget attached to the show?

I love it! I know there are many opinions about the show out there, but that’s only to be expected for a series set in such an iconic world that holds a special meaning for so many. Personally, I thoroughly enjoy the opportunity to immerse myself in Middle-earth again every Friday night.

What’s it like being the publisher of The One Ring? Scary? Proud?

Both! Publishing a game set in such a legendary universe is a huge responsibility. That is why we work so very hard to make the game really capture the feeling of Middle-earth on every level – art, graphic design, paper quality, and of course, Franceso Nepitello’s game design.

The first expansion is the location sourcebook Ruins for the Lost Realm. What can readers find in the book, and why did Free League decide on that as the next step for the game?

What are the plans for supporting The One Ring? Where can you add value with that wealth of Tolkien content out there?

We have grand plans! After Ruins for the Lost Realm, we are planning for more adventures in Eriador, and after that, we have our eyes set on Moria and beyond… On a separate track, we are also working on a 5E adaptation of the game, called The Lord of the Rings Roleplaying – it’s on preorder in our webshop right now!

So far, it has not affected our work with The One Ring at all, and I honestly don’t know what it might mean for the future. Embracer is based in Sweden just like Free League though, so maybe we’ll invite ourselves over for a chat!

I’ve not seen a single copy of The One Ring for sale at any gaming conventions I’ve been to in the last few months. UK retailers tell me they’re finding it a hard book to get hold of (but easy to sell). Gamers, of course, can buy directly from Free League but do you feel this supply line from the publisher, through the distributor and then to retail is a uniquely British (perhaps Brexit) problem? Do you see it happening elsewhere in the world too?

Sadly, distribution is difficult globally and has been so for a long time. The fallout of the pandemic has made a difficult situation even harder. We have also made some mistakes, being too conservative in how much we print. The One Ring core rules were basically sold out on release day. We have learned our lesson, however, and have made large reprints that should be making their out to distributors and retailers as we speak.

Retailers have told me of similar problems with Vaesen. Shops can get the game’s sourcebooks, and I know gamers are pleased you’re supporting the RPG but struggle to stock the core book. The concerns are that FLGS will struggle to sell the sourcebooks if they don’t also have the main rules. Is this just the nature of the RPG market, or could distributors and warehouses be doing things differently?

It’s the same problem as for The One Ring. Distributors are conservative when ordering, supply chains are slow, and we have not been printing enough. We have made reprints of Vaesen as well though, and the core book is definitely in stock in our UK warehouse now. Retailers should ask their distributors to order it, and in large quantities!

After all this chat about the challenging aspects of physical products and bricks-and-mortar logistics, let’s finish with some digital questions. What did you make of Wizards of the Coast’s plans to have a ‘digital playspace’ for One D&D that looks more like a computer game than a virtual tabletop? Of interest to Free League?

It’s an interesting development for sure. We are also investing heavily into the digital side of tabletop roleplaying now, although our philosophy is to be present on multiple platforms where our players are, and not to create our own ecosystem.

Does Free League have a stance on AI-generated art? Do you use it?

We haven’t used it, no. It’s a fascinating development, but we work with such talented artists with very personal styles and expressions, and I don’t see them being replaced anytime soon.

Free League on Embracer’s purchase of Lord of the Rings, supply challenges and the D&D ecosystem: An interview with Tomas Härenstam 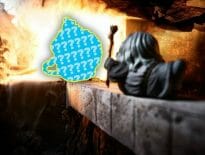 Geek Stuff Lord of the Rings: Are Balrogs, those demonic Maia… 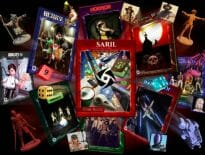