Do not watch Netflix’s latest Not Safe For Work Cyberpunk: Edgerunners trailer if you’re at work. It’s not safe.

Don’t watch the September 13 due show trailer if you’ve photosensitivity, as there’s no small risk here.

Nor should you watch if you want Beethoven’s Ode to Joy kept clean and innocent.

You might also be thinking that the pink-haired woman looks a bit like Zero Two from Darling in the Franxx. I keep on imagining red devil horns on her.

It’s bumper news for Cyberpunk fans as it’s been confirmed that the CD Projekt RED Cyberpunk 2077 game will be getting Edgerunner content. The two are crossing over.

Despite that crossover, here’s how Netflix describes the anime:

The series tells a standalone, 10-episode story about a street kid trying to survive in Night City — a technology and body modification-obsessed city of the future. Having everything to lose, he stays alive by becoming an edgerunner — a mercenary outlaw also known as a cyberpunk.

In a dystopia riddled with corruption and cybernetic implants, a talented but reckless street kid strives to become a mercenary outlaw — an edgerunner.

It makes sense that they don’t want to put people off who haven’t played the game, or who started it but gave up, or who played it on the Stadia but spend too much time blogging, eating and squeezing in the day job to ever find his way back there again. 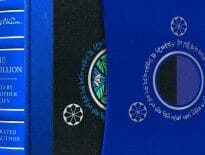 Books The Special Edition hardcover of The Silmarillion … 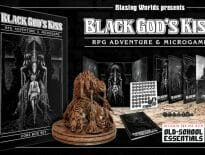