Role is a virtual tabletop or, as they say, a video play platform for RPGs that supports 5e and indie games. This week the site launched its marketplace in beta access.

It’s the Role marketplace where you’ll go to buy modules, each with its own pre-made character sheets, blank sheets and assets. It’s DRM-free and collaborative with partners who provide the content.

It’s a popular place to be, with Wizards of the Coast announcing their own VTT for One D&D, a system they avoided using the phrase ‘virtual tabletop’ for, as Role also does, using D&D Playspace instead and Roll20’s boss taking over at DriveThruRPG.

It’s also a brutal space. After selling D&D Beyond for $150m or so to Wizards, despite owning Fanatical, Fandom has recently exited the market with a sale of Cortex to Dire Wolf.

Role attracted nearly 3,000 backers on Kickstarter and in a relaunch of Logan Dwight and Ian Hirschfeld’s original 2015 iOS app. 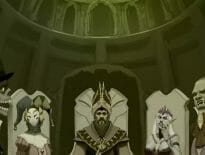 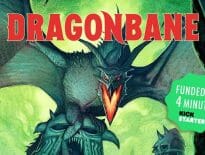