Fandom has left the tabletop roleplaying business before completing the Cortex marketplace; however, the RPG line will continue in part.

Cortex and the award-winning Tales of Xadia: The Dragon Prince Roleplaying Game have been sold to Dire Wolf Digital.

Despite the name, Dire Wolf Digital makes physical and digital strategy games. They’re behind the Clank! line of board games, Eternal card game, and the digital Root game. Other Dire Wolf titles include the SXSW Tabletop Game of the Year winner Dune: Imperium.

Fandom bought Cortex from Margaret Weis Productions in 2019, buying a system that had successfully been used with TV properties. True to speculation, Fandom has kept that tradition alive or tried to, forging a partnership with media owners to power the tabletop RPGs of their shows.

One such title is the He-Man RPG Legends of Grayskull, but that partnership has not survived the sale. Dicebreaker reports that the Masters of the Universe RPG has been indefinitely paused.

A recent tweet from Dire Wolf seems to contradict that, though, stating no license changes.

Dire Wolf will keep Tales of Xadia. In a press statement, Scott Martins the President of the company said;

We’re incredibly excited by the prospect of pairing what Cortex and Tales of Xadia have begun with our expertise in creating digital experiences. We are huge fans of The Dragon Prince, and we’re looking forward to Season 4 along with everyone else. We’re especially excited about working with Wonderstorm on even more great experiences for fans of Tales of Xadia going forward.”

Dire Wolf Digital isn’t the only company involved. Wonderstorm own The Dragon Prince and have been involved in the Cortex sale. Justin Santistevan, president and co-founder of the company, added;

We always knew the world of Xadia was too big to be explored through our series alone, and crafting Tales of Xadia alongside the Cortex team at Fandom has been a dream come true. Now, as we move closer to the release of Season 4 of The Dragon Prince, we’re excited to embark on a new chapter with Dire Wolf Digital. Their experience and passion for tabletop games assures us Xadia is in good hands, and that ‘The Sunfire Chronicle’ will continue to engage and delight fans of the original TTRPG.”

Cortex was developed by Cam Banks, who moved to Fandom with the Margaret Weis Productions sale.

In a tweet, Banks says he’s thrilled by the change.

Fandom exists tabletop roleplaying? I think you’ve got an S too many. 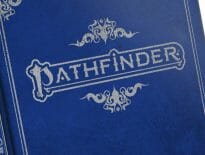 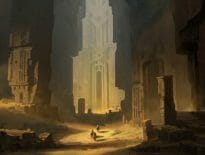