Several more products have been revealed by Paizo Publishing for 2023

Ron Lundeen is the writer of The Choosing, the first of three Stolen Fate adventure paths for Pathfinder.

The Choosing is a Pathfinder adventure for four 11th-level characters. This adventure begins the Stolen Fate Adventure Path, a three-part monthly campaign in which a group of adventurers race against time to gather the scattered parts of a powerful deck of magical fortune-telling cards. This adventure also includes a detailed look at a brand new demiplane tied to the Harrow deck, new rules options to explore these magical cards, and several new monsters ready to test your characters’ mettle!

Starfinder also gets its 51st Path with Into the Dataverse, the third of three in Drift Hackers.

A 24″x30″ flip-mat of a boardwalk is a new product. Paizo says that even permanent ink can be removed from it by tracing over it with more.

Down on the boardwalk, there’s more than just opportunities for bargains and entertainment, for it’s here that your next urban adventure might begin! This line of gaming maps provides ready-to-use and captivatingly detailed fantasy set pieces for the busy Game Master. The next time your players head down to the local waterfront, these maps have you covered. With Pathfinder Flip-Mat: Boardwalk, you’ll be ready the next time your players head to the waterfront!

Lastly but not least, a $59.99 Pathfinder Lost Omens: Grand Bazaar Special Edition is also on the schedule.

The book is bound in faux leather, a bound-in ribbon bookmark and metallic deboss.

The Grand Bazaar is Absalom’s greatest marketplace featuring items from all over Golarion. Here, an adventurer can find equipment of all kinds to help them on their next quest like new weapons, armors, magic items, accessibility items to enable adventures for anyone, new animal companions, and more! The Grand Bazaar is also home to countless unique merchants and shops. Game Masters can use these new shops as part of their campaigns to flesh out the world and inspire new adventures. See what’s for sale at the Grand Bazaar, and snap up the good deals while you still can! 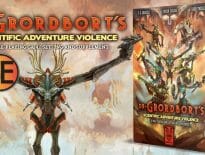 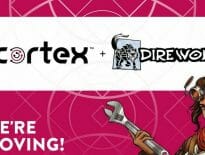