You are here: Home / TV / Anime / Flight or fight: A review of Goodbye, DonGlees!

Goodbye, DonGlees! is a forthcoming feature-length anime that I was fortunate enough to grab a ticket for at the Edinburgh Film Festival.

As a result, I got to watch it on a cinema screen. It held my attention. I watched in stunned wonder as fireworks explode, at the beauty of the countryside and the look of glee and fear on the character’s faces.

Goodbye, DonGlees! held my attention. It was a busy screening, and it wasn’t as if I could let my mind wander to flicking through Instagram or checking Gmail. I didn’t want to.

But would that be the same if I watched it at home and on a small screen surrounded by distractions? Needless to say, I don’t know, as I’ve not tested myself. Overall, I’m confident the storytelling here is powerful enough to hold my and most people’s attention. As a result, if I was to find a niggle with Goodbye, DonGlees is that this that of life might lose some people. Expectations of anime and the lack of ninja princess catgirls with laser eyes will be significant factors as to whether this anime fights for your attention or is a flight of the imagination. Most people will slide fully into this incredibly engaging story as long as they weren’t expecting something else.

Go to Goodbye, DonGlees expecting young adults to grow up and move on from their club. That’s a club called DonGlees.

There are only a few characters in Goodbye, DonGlees but let’s not count out the supporting cast. In one way, the story is a microcosm of lonely teenage boys, and in another, it celebrates the world’s vastness and everything inside it.

The road from childhood to adulthood is brought to life with the exploration out of a sleepy town. Or, in one scene, the thrill of plunging into the welcoming darkness of a suggestive tunnel.

DonGlees is founded by two kids in a rural village, and our main character is a farmer’s son. He seems to hate it but is passing up opportunities to study further afield because he feels he must stay in the field and help the family.

The co-founder and other member has taken a different route to adulthood, accepted a prestigious school placement and is now training to be a doctor.

The film’s start sets up that long farewell as the trainee doctor returns for the village fair, perhaps for one last time.

But, things go wrong. The young men hold their own fireworks display and are then blamed for a blaze that sweeps across the hills. Was it their fault? And what about the sometimes sly and often quirky third member of the DonGlees club who managed to land himself an invitation?

I want to keep the adventure a mystery as much as possible. Our young men mustn’t know what they’re heading off as they attempt to track down a drone that should prove their innocence. Therefore, the audience shouldn’t know either.

And this adventure takes them to Iceland. From Japan to Iceland. While there are no laser robots in Goodbye, DonGlees, it does take full advantage of the power of animated storytelling, and we’re not without some charming anime tropes.

It’s not that the story takes a while to build; it’s that the stunning vistas of rural Japan strike straightaway.

If the plot judiciously picks from the tree of anime tricks, the look and feel of Goodbye, DonGlees fills its basket with visual plunder and delight.

One of the attractions is that this is real, or could be, and yet as we see through the eyes of our young adventurers a world of wonder. DonGlees will be an anime that people talk about in terms of plot and style.

I was moved by the anime. It’s gorgeous and clever; the characters make sense and bring you on their adventure.

If you’re in the States, you’ll have a chance to watch the anime at the cinema in September, thanks to GKids. Here in the UK, we’re not putting a space in “Don Glees” and sticking with “DonGlees”, while Anime Limited is responsible for the Edinburgh Film Festival’s successful appearance.

Flight or fight: A review of Goodbye, DonGlees! 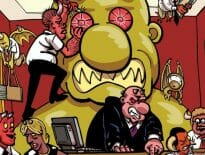 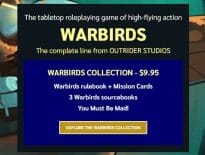