Long Shadows Press is the publishing studio of author A.R. Kavli, and you can find their games on DriveThruRPG.

July’s RPG Publisher Spotlight features Long Shadows, as voted for by patrons, but I’ve not been able to contact A.R. to arrange a Q&A. However, that’s no problem as there’s still plenty to shine a light on.

One remarkable thing about Long Shadows Press is the range of settings that A.R. Kavli covers. If we look at the five most popular books, you’ll get a clear idea of what I mean!

The most popular setting from Long Shadows is 267-pages long and, as the title makes clear, set in the year 1520 during the Holy Roman Empire.

It’s a book that uses Cepheus Engine. We’ll also see that while Aaron can write for different genres and settings, he can also write with different systems in mind!

With 1520:HRE we get Europe’s timeline to inspire adventures, maps of 16th century Germany, insight into how laws, religion and government worked back then, and a combat system complete with graphic critical injuries are all part of the download.

Adventures in the Holy Roman Empire includes 14 character professions, factions and details of the city of Luneburg.

Járnheimr also uses the Cepheus Engine but certainly isn’t set in the Roman Empire. This download is less than half the price of 1520:HRE and is a smaller read at 58 pages.

Ragnarökr unfolded as prophesied to Óðinn the All-Father by the three Nornir. Fenrisúlfr the wolf escaped his bonds and the forces of gods and monsters gathered for battle. The war was bloody and fearsome. Whole landscapes burned. Gods and heroes died entwined in battle with monsters and jötnar. The Vanir Freyja took pity on the humans being slaughtered in their masses and cast them to Járnheimr, a hidden, bleak land known only to a few; a secret prison where the most wicked of all the races were banished. Looking upon the bleak lands for the first time, many wished to return and fall in battle.

That was seven generations ago. Now you must gather a warband to explore this icy wasteland to protect your clan from fierce beasts, terrifying monsters, and starvation. Every day is a struggle to survive. Raise a drinking horn, sharpen your axe, and pray to the gods—if they still live—for victory and glory!

That’s our second setting and let’s call it post-apocalyptic Viking, which is original!

Showing that change is the only constant, the next most popular download from Long Shadows Press is F14 Fleet Defender.

This RPG costs less than a buck and is only one-page. In fact, it’s a Tricube Tales one-page RPG in which your character is the pilot of an F-14 Tomcat.

The single page has a mission generator to produce 80s-themed aviator action.

For our setting tracker, I’m calling this contemporary military.

Next, and as recently as the start of the month, A.R. and Long Shadows publish The Land of Bright.

The name seems to contrast with long shadows itself at first, but not when you read the synopsis.

Bright is a land of fairy tales, tiny heroes, and mystery. It is surrounded by an ominous forest filled with frightening creatures and secret places. Time moves at its own pace and the woods that border it shift in endless eddies.

The Land of Bright uses Tricube Tales and weighs in at 26 pages, with DriveThruRPG’s system also telling me that customers who bought the game often like to buy Tricube Tales one-page RPGs.

The heroes of the Land of Bright are brave, kind, and seek to help their families, friends, and the land in which they live. But they are not perfect; they have flaws. They face challenges and dangers along the way, exploring and learning about the people and places of their home. The next adventure is right around the corner.

In genre terms, let us call this fairy tales.

Fifth in the current top five is Forlorn Hope and this RPG also costs less than a dollar.

Forlorn Hope is a Tricube one-page powered RPG and casts you in charge of a suicide squad of Landsknechte skirmishers from a mercenary company prowling Renaissance Europe.

The name of the squad? Forlorn Hope. While it’s a one-page powered RPG, the download is actually 3 pages long with a mission generator and scenario.

So, five unique settings from five recently released RPGs, and we’ll call this one Renaissance history.

If you follow DriveThruRPG’s links to Long Shadows Press’ home page, you won’t find it. Instead, you’ll find the author bio of A.R. Kavli. Writing may be the passion, and gaming the hobby.

There are two books, sorta, attributed to Kavli on Amazon. Why “sorta”? Well, the first, Never Trust Old Men in Hats, is credited to A.K. Richards. It’s Aaron’s work, though.

Octogenarian Benny Martin signed away his savings to live out his life in the Bile Street retirement community. When his daughter and grandson die in a car accident, Benny asks his best friend to accompany him to the funeral. His friend not only refuses to attend, but also completely abandons Benny without explanation. Terrified of dying alone, Benny will do things he’d never imagined to solve the mystery and make amends while he still can.

The second, safely in Kavli’s name, is the sci-fi With Our Dying Breath.

Colonel Pierce Oswald has given the last twenty years of his life to the war with the Proximans. It’s a war Earth is losing. It’s a war that has taken everything from him. Returning from a secret mission to recover an alien artifact, he finds the Sol system ominously silent. Realizing the enemy won the war while he was away, Oswald decides his crew’s final mission—vengeance at any cost.

He must lead the divided crew of the starship Roland on their deadliest mission yet. Can Oswald achieve victory against a superior foe, mutiny, and his own overwhelming grief?

It’s from Amazon that we can learn a little more about Aaron. He’s happy to reveal, for example, that he lives with his wife in Tennessee and has and four children.

We know that Aaron fences, historical fencing at that as part of The Association For Renaissance Martial Arts.

If F14 Fleet Defender wasn’t a clue enough, we can confirm that Aaron is from the US Navy. He was there for six years, learning about F-14 Tomcat avionics without the pilots’ dramatic musical cues in movies.

In a side in his author bio, Aaron notes that he’s clad he joined but also left. I note that while describing his gaming, this phrase pops up;

When not leading a squadron of raiders against the oppressive EarthGov…

Sometimes it’s tempting to think of sci-fi fans as being of three camps, one in which in the future united humanity has its act together and facing danger together, one in which we’re oppressed by ourselves and a third group oblivious to these trends.

I suspect this puts Aaron in the second group and one of those Navy vets about personal responsibility and cautious about any nanny State. That’s all my inference, though, and while we’re not judging a book by its cover, we are classifying the author based on synopsis snippets. 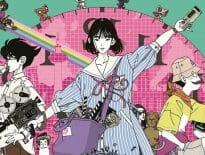 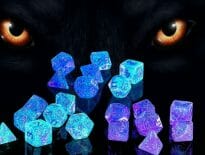