On the surface, Tatami Time Machine Blues is an odd choice of anime trailer for Geek Native to pick. There are no English subtitles, and it’s a stylised illustration style.

And yet… there’s something, even in the trailer, that hints at the mastery of storytelling. It helps that the anime is a sequel, the follow-on of the fantastic The Tatami Galaxy.

In the original, a chance encounter with the so-called Diety of Matrimony turns the hero into a naughty cupid.

In Tatami Time Machine Blues, our protagonist again gets in trouble and Ozu, an apparent friend, is to blame. Ozu manges to break the flat’s only remote control for the air conditioner in the withering heat of a strong summer.

However, that’s when the dishevelled time travelling love interest appears from twenty years in the future. How does that help? You could use the time machine to go back in time and stop Ozu from breaking the remote control.

That’s right, all this is about students using time travelling technology to rescue a remote.

It’s a fairly big deal, with a “pre-screening” in Japan in August and then a run in the cinemas from September. The six episodes will also stream on Disney+, and in a twist, the last two come out together, except Disney+ has the exclusive on the sixth. It’s common for anime to appear on many different platforms and channels in Japan, but not this one, not for the last episode.

What this means for the chance of an international release is uncertain, but the studio Science SARU will have to navigate it. 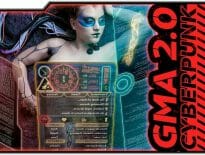 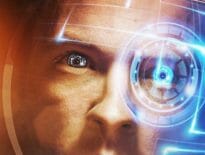