If you have got a listing for Rivet Wars at all on Amazon, it may well say they don’t know when they’ll next get CMON’s real-time strategy-inspired board game back in stock. Europe’s largest Wayland Games is worth a look but struggles.

The game does well on boardgamegeek, but it’s been out of print for a few years. So what’s up? There’s a change of owner.

Steamforged Games, who just got their Dark Souls TTRPG into DriveThruRPG, have bought the game.

I was captivated by Rivet Wars on its original release. The world of Rivet is such a fun and exciting place and we have huge plans for where we can take the original concept. We want to develop the game in an exciting and unique direction, that original fans will love, but will also capture the imagination of new fans alike.”

The dieselpunk minis game was designed by Ted Terranova, creator of Age of Empires III.

The images from the game look cute, but the game is laced with dark humour and plenty of angst. It suits only two players. It sounds like Steamforged has plans, but whether the “unique direction” is more of the same, something dramatically different, or something in between remains to be seen.

There is an official Rivet Wars site, but it’s not had any new news since 2018 and still links to Google+. 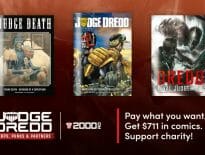 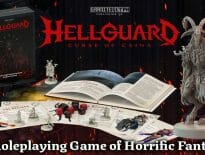