You are here: Home / TV / Anime / Shangri-La Frontier is the VR fantasy getting both a game and anime

Shangri-La Frontier started as a web novel, made it manga and now the VR fantasy is getting even more real as a computer game and anime are well underway.

The game is being worked on by Netmarble Nexus and studio C2C on the anime.

Kodansha USA publish the manga and describes it;

Second-year high school student Rakuro Hizutome is interested in one thing only: finding “shitty games” and beating the crap out of them. His gaming skills are second to none, and no game is too bad for him to enjoy. So when he’s introduced to the new VR game Shangri-La Frontier, he does what he does best—min-maxes and skips the prologue to jump straight into the action. But can even an expert gamer like Rakuro discover all the secrets that Shangri-La Frontier hides…?

That description supports their paperback, Kindle and ComiXology offering to Amazon, where you can pre-order. Volume 1 of Shangri-La Frontier is slated for an August 2022 release in the UK.

Katarina will see their story directed by Wandering Witch: The Journey of Elaina director Toshiyuki Kubboka and focus on six characters.

Yuma Uchida (Musashi in ORIENT) as Sunraku / Rakuro Hizutome and Azumi Waki (Rem in How NOT to Summon a Demon Lord) as Psyger-0 / Rei Saiga.

Yoko Hikasa (Emilia in The Devil is a Part-Timer!) as Arthur Pencilgon / Towa Amane and Makoto Koichi (Yuka in I’m Standing on a Million Lives) as Oicazzo / Kei Uomi.

Rina Hidaka (Filo in The Rising of the Shield Hero) as Emul and Akio Ohtsuka (All for One in My Hero Academia) as Vysache. 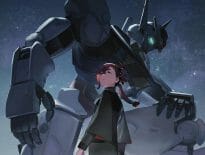 Anime Gundam: The Witch From Mercury gets an out-of-the-… 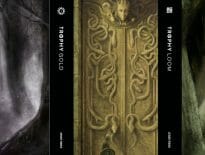