I suspect “Ya belter!” is a very Scottish phrase and entirely inappropraite to the soul society war and responsibility of Bleach and Japanese anime. Nevertheless, I can’t think of a better term to attach to the Bleach: Thousand-Year Blood War trailer.

The only problem? It feels that it was a lifetime ago I last watched Bleach, back before it was cancelled, back before this unexpected (to me) return.

I’m not sure how they’ll manage power levels, but this battle between the Soul Reapers/Death Gods and the Quincy army with Yhwach has been foreshadowed.

We’re expecting Blood War to join the dots, adapting the remaining chapters from the manga that didn’t get used in the original anime. It is then thought, with returning cast, that we’ll move forward from there.

Anime Expo 2022 is where this trailer was released, along with the news of an October launch in Japan and Viz Media working on an English version.

The 2004 original anime is still on Crunchyroll and worth a watch. 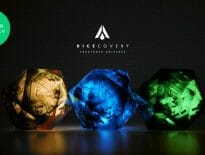 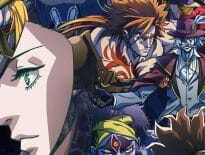