One of the most respected and recommended superhero anime of all time must be Tiger & Bunny. In the series, superheroes are real, not common but take part in reality TV. Crime-fighting is a spectator sport with sponsors and points.

After a 10-year gap, Netflix brought the anime back but split season two in two. Part one was in April, and we’re racing towards the second part, due in October.

In a vibrant metropolis protected by a band of superheroes called NEXT, veteran Wild Tiger is forced to team up with rookie Barnaby Brooks Jr.

Fighting for peace — and their sponsors — the odd couple of Wild Tiger and Barnaby continue to work as superheroes. But with the number of superheroes increasing around the world, how will these two veterans fare!?

IMDB has some lovely facts about the series, noting that it was chosen as the number one anime in Japan in a vote to determine the best anime in the last 100 years. That, I think, speaks volumes for the show!

There’s also the trivia that Netflix’ cut of the anime removes the in-world sponsor logos from the superheroes’ outfits because they look too much like Amazon and Pepsi.

Geek Native’s annual Superhero Week is in full swing and teleport links like this at the bottom of each article will jump you to another random post. 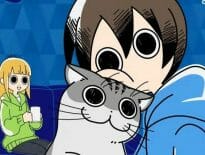 Anime Nights with a Cat: They’ve made a whole anim… 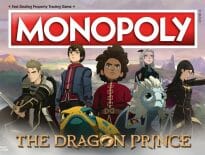