You are here: Home / TV / Anime / Listen to the Lizard: Lucifer and the Biscuit Hammer

I’m pleased that the trailer for Lucifer and the Biscuit Hammer / Hoshi no Samidare shows the hammer. It’s a giant floating and planet smashing hammer, so it seems.

The series hits many TV networks in Japan on the 8th of July. Will it be a ‘smash hit’? Boom, boom!

The anime is based on Satoshi Mizukami’s manga, and Crunchyroll has that in their digital archives. They describe the odd story as follows;

Asamiya Yuuhi was an ordinary college student… until the day a lizard showed up and asked him to help save the world. The next thing he knows, he’s been given a ring and special powers, plus an enemy stalking him. However, he’s saved in the nick of time by the Girl Next Door, Samidare, who’s planning… WHAT kinds of things?! This is an unconventional story that mixes ordinary life with the bizarre and supernatural!

And the lizard? Dunno! But it’s there and looks like a tiny dinosaur… perhaps it is!

Listen to the Lizard: Lucifer and the Biscuit Hammer 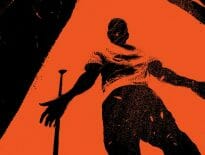 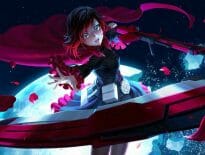