You are here: Home / Games / Tabletop & RPGs / A Folklore Bestiary: OSE and 5e monsters to delight

Olivier Revenu has proven with Knock! that he is an incredible RPG book-making talent. Unsurprisingly, his “A Folklore Bestiary” was funded in seconds.

Inspired by folk tales and superstitions, A Folklore Bestiary has 160 pages in hardback of whimsical and spooky creatures from real-life stories. The campaign asked for €8,000 and already has more than €60,000. You can see progress on Kickstarter.

There are free previews of five monsters in both OSE and 5e available to gander at, and I’m told some blogs, streamers and podcasters have had other goodies to giveaway.

The inspiration comes from Knock! 2 for which Olivier made a character from Basque folklore into a monster and then realised that D&D never got too far off the beaten path of legend, especially not the creepy corners.

We’ve got giants, we’ve got faeries, we’ve got weird magical beasts. And we’ve got more than one titanic beast that’ll get the Tarasque run for its life! But more importantly, we have the tales these monsters come from. For every one of them, we’ve included one to three pages of gameable material: adventure hooks, magical items, spells, dungeons and hexcrawls, and more!

If you want the PDF and hardback for either, then your pledge of €33 will get you that as a reward.

You can pledge €60 for two hardbacks and two PDFs, even if those are the same edition (i.e., 2xOSE). Should you need two of both, there are some economies of scale with a €115 pledge available.

Delivery of the PDF is slated for September this year, and the hardback is in October. The Merry Mushmen note paper was ordered months ago and will only be delivered in August.

Eric Nieudan is, as for Knock!, co-creator of this project. 🙂

A Folklore Bestiary: OSE and 5e monsters to delight 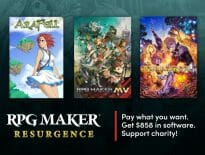 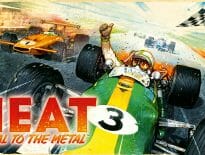