Each year I find myself blogging about advent calendars earlier and earlier, urging people to preorder before they sell out. Each year the blog gets comments from people looking for official D&D advent calendars, or dice calendars, at the last minute.

It’s a trap to avoid. It may be June, but Robin’s Nerd Supplies’ are back on Kickstarter for their third dice advent calendar. This year, they’re keeping it a mystery, even from backers. Bold? Maybe, but it is still funded in a day. And tiers are selling out!

The Mystery Dice advent calendar will remain a mystery with no production photos. You’ll see them in January after you’ve had a chance to reveal the dice behind the calendar doors.

However, you can pop over to Robin’s Nerd Supplies directly to see the sort of quality the Denver-based company makes.

There are 24 different sets on offer with three options for presentation, including backing the Kickstarter for just the dice. If you prefer the proper calendar experience, there’s a white version and a blue one with a reusable drawer design.

Shipping will be worked out later, but if you’re looking at supporter pledge levels with rewards attached, here’s a sample.

The first box is the white one with 24 dice tucked away, which unlocks at $38, while the more complicated but better for the planet (if you re-use it) blue box is $48.

When does all this ship? If all goes according to plan, Robin and the team will get these in the post for November. As you know, this isn’t risk-free. 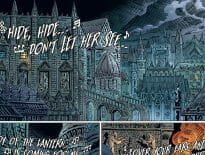 Comics A look inside: Bloodborne Lady of the Lanterns 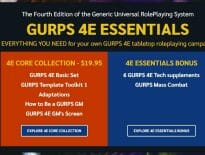