Well, no one can accuse the Overlord anime of quitting. We’re approaching season four, and we’ve got the third trailer.

In the show, the hero is a gamer who refuses to quit. Momonga refused to log out of the virtual reality MMO Yggdrasil was shut down. Things get weird from there.

The anime opens in Japan on the 5th of July and on various networks. Crunchyroll has been streaming the series, and is likely to continue to do so.

Madhouse and Naoyuki Itou are back to direct, as is the usual cast. According to the illustrator of the manga series so-bin, the 10th novel is also finally being animated.

Here in the UK, Amazon has the Kindle and even Audiobook versions of the series. I’ve never listened to a “manga audiobook” before, but I’ve just grabbed this one.

Overlord’s Audible presence is made possible by Yen Press who describes the series;

For 12 years, the virtual world of Yggdrasil has served as the playground and battlefield for the skeletal lord Momonga and his guild of fellow monsters, Ainz Ooal Gown. But the guild’s glory days are over, and the game is shutting down permanently. When Momonga logs in one last time just to be there when the servers go dark, something happens – and suddenly, fantasy is reality. A rogues’ gallery of fanatically devoted NPCs is ready to obey his every order, but the world Momonga now inhabits is not the one he remembers. The game may be over, but the epic tale of Ainz Ooal Gown is only beginning…. 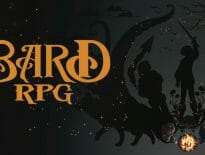 Tabletop & RPGs Kickstarter: Bard is an RPG by a Cultural Psycholo… 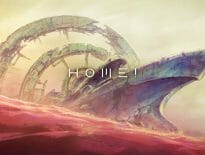