Allison Cole is an experienced game designer, part of the worker-owned cooperative Soft Chaos, has been at the helm of several successfully crowdfunded tabletop RPGs and is back with Alchemistresses.

Alchemistresses is a queer magical girl roleplaying game about reincarnation and feelings. It’s on Kickstarter now and with a CA$7,750 campaign goal.

There’s fantasy, monsters, crushes, friendships, self-discovery and all those feelings. Can anyone be a magical girl with those issues? As the project points out, Magical Girl is a job description, not a gender.

In the past, you are the Mistress of an Element. You are chosen, marked, and a powerful magic-user. In the past, you will be reliving your dramatic conflict with a great evil force.

You can support this queer-friendly RPG for free just by sharing it on social media or for as little cash as you’re comfortable with, but there are reward tiers.

A digital copy of Alchemistresses is the reward for people who can pledge at CA$20 (about £13).

A softcover of the RPG is added at CA$35, but shipping will need to be added later.

There are many higher tiers; postcards, stickers and game components added.

There’s retailer support, and at CA$125, there’s a limited number of places to get the goodie pile and help design a custom NPC. At CA$250, there’s a private game session, and then at CA$300, you become a consultant on a custom world/worldbuilding project for the game. 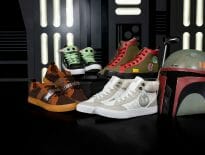 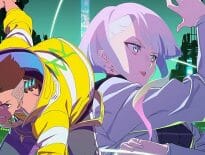