Gregory A Wilson’s Grayshade of the Gray Assassin Trilogy is on Amazon. Books two and three are dependent on a crowdfunding campaign. Alligator Alley’s 5e setting is hitched to the same campaign. You can back the project on Kickstarter.

The novel Grayshade is about an elite assassin who kills in the name of a god until he asks “Why?”

After being so bold, our assassin, the former Acolyte, must use his skills just to stay alive. We’re told it’s not just a novel about faith and defiance but of redemption too.

Acolyte is one of the five character classes added by the RPG, along with Investigator, Merchant, and Noble.

You can back the project in the usual way with social media shares and cash tips.

If you offer $20 or more, you can pick a reward, such as all the digital novels or one signed paperback.

The tiers slide up, layering in more physical rewards and different signed copies until $125, which is about £103, gets you physical copies of them all with the books, but not the game, signed.

There are higher tiers, the chance to get coins, credits, be a founder and inspire characters being added in as you go.

The estimated delivery on anything digital is July 2022, that soon, and physical on July 2023. What a contrast, eh? 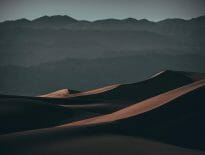 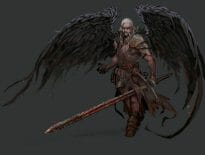