You are here: Home / Games / Tabletop & RPGs / How to Put a Time Limit on Your D&D Quests – and why you should

Do you sometimes wish people would just hurry up? Shamefully, I admit that I do. Worse, sometimes I feel like that in some tabletop RPGs.

It’s rare, but sometimes I find myself the swiftest resolution would be for someone, any character, to meet a sticky end.

As it happens, Lone Colossus Games has a Kickstarter that might help. Injuries & Vile Deeds: Injury Systems for 5e – and more! is many thousands of dollars through its funding goal and has been backed by hundreds. Perhaps I’m not alone?

As it happens, Lone Colossus Games’ Josh Rosing is a kinder person than I am. I’m sure they’ll never wish that injury system to be used vindictively.

However, Josh has a convincing case for why you can put a time limit on your D&D quest. Kindly, Josh agreed to write that up for Geek Native.

It’s a very common occurrence in video games to give the player, quite literally, all the time in the world to finish their quests. After all, with the vast sizes of the open world games we have nowadays, who would want to worry about having to complete multiple time-critical missions at once? And if your game did have them, what would stop you from simply avoiding the start of the quest until you were ready to complete it in the first place? However, this often leads to an odd narrative paradox wherein the main character inexplicably – moments before they should be facing down the final boss of the game – goes on side quests for a few hours (or more likely days or weeks in-world) as the player seeks to find every last hidden secret they’ve missed.

There are some games that do set time limits on missions: Mass Effect 3, for one, has a few side quests that must be accomplished before certain events occur or else the missions automatically fail. However, because we are so used to the non-existence of these limits, it is easy for new players to be surprised by them, and to feel punished for their, quite understandable, ignorance.

Video games, of course, also have limitations on just how many options and story outcomes they can have. Every line must be written, voice acted, animated, and edited, so games with multiple endings are rare, let alone a game with endings that allow the hero to fail completely as Myst does. On the other hand, TTRPGs don’t inherently have these same limitations. So why do we still limit ourselves, and how can we stop doing it?

When we play a game like Dungeons & Dragons, the outcome of each session is, generally speaking, unknown to everyone involved. The players have their plans, and the game master their own, and it’s the intersection of the two that provides the outcome. However, since most peoples’ first experiences with RPGs are video games (and most first experiences with TTRPGs are published adventures) we often come at the story with the sense that there are things that are going to happen no matter what. That’s because the game has been prepared or written such that there are certain scenes that must happen.

It’s a common piece of advice for new dungeon masters running D&D to simply move encounters or locations they’ve prepared and place them in front of the players somewhat irrespective of where they go. At first glance, this can seem useful: You don’t have to worry about “wasted” preparation, and the story beats you hoped to hit will still happen. But it’s also a very dangerous tool. When implementing this advice, you can lose the consequences of inaction, or missed opportunities.

Everyone has their own style when it comes to running games, of course, but I have found from a narrative perspective that the easiest thing for me to do is to prepare myself for what will happen if the party does not act on the information they are given. That way, any changes they make to the current events happen in a context of what would have originally occurred without their influence. This, then, brings us back to the original topic: how to set time limits on your quests, and why.

By setting a timeline for the villains’ plans, I no longer need to prepare multiple possible outcomes. Instead, by setting player character inaction as the default, I can prepare just a single outcome, with enough knowledge to improvise any other outcome in reaction to player action. This can be rare at times in published adventures, which often prefer to use the video game logic of locations as triggers: when the players arrive in town, they find it in the state it’s been nebulously swirling in for the entire time, only finally coalescing into reality because the players have arrived. And, as published adventures, there’s usually good reason for this – namely that, as with video games, it must all be written out and edited before it can be published. However, published adventures with timelines do exist, and they can be a great example for how to implement a timeline in your own game.

The Red Hand of Doom, for example, has a clearly defined timeline for the invasion of an army over the course of the adventure, and the entire adventure is written assuming the party does nothing, with a few side notes on how their intervention at key locations can buy more time. In fact, more than just telling the dungeon master the timeline, the adventure makes it incredibly easy for the players to learn the timeline within the first few sessions, providing them with a map numbered with invasion dates and locations. This is how it should be done.

Simply having a timeline is a useful tool for the dungeon master in preparing their sessions, but telling the players the timeline is what leads to the best role play and drama during the adventure. I’m running Red Hand of Doom right now in a campaign using the Injury systems that will be in Injuries & Vile Deeds, and the union of the strict timeline with the necessary recovery periods for the PCs’ Injuries after a major battle led to a critical discussion on whether or not the party could afford to take time to recover from their wounds before pressing their attack. Ultimately, they opted to spend 3 days resting and crafting potions to aid in their assault. That’s about 10% of their allotted main quest timeline as far as they know.

What the ultimate outcome of their downtime during a time-critical adventure means for the future is still unknown, but while it may have helped guarantee their success in the new assault on their enemy’s camp it also may cost the lives of others they are unable to save in the future – or something even worse.

I highly recommend making your core plot quests for your campaigns time-sensitive (in addition to some of your side quests), and, perhaps even more importantly, make sure the player characters know they’re on a timer and what the timer is. It can take some adjustment, but simply knowing there’s something at stake if the party doesn’t succeed in time leads to some awesome role play opportunities. Adding to that timeline crunch was one of the original motivations behind the creation of my Injury systems, because without combat outcomes that require more than a long rest to shrug off there is hardly ever a reason for the PCs to engage in downtime activities when they feel there’s a time crunch.

So: give your missions a timeline, throw challenges at the party that require them to balance their decisions against that timeline, and then sit back and enjoy the ensuing role-play and drama.

Great write up, Josh! I’ve used time critical adventures sparingly because it’s another tool which adds to the excitement. 2, 3, or maybe 5 times a year. Occasionally, I won’t let the players know time criticality is at hand until they encounter an NPC who’ll openly tell them, or tells them on their dying breath. Every now and then I’ll tell them up front, but there’s nothing like surprising the party with this info after a crucial battle. It usually flips everything on its head, because suddenly the party has another stress inducing situation on top of whatever they have… Read more » 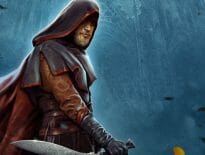 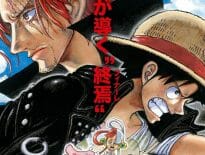