Satine Phoenix and her husband Jamison Stone find themselves and Apotheosis Studios in the centre of a community outcry this weekend.

So far, Jamison has quit as CEO, collaborators like DC Lasair are refusing to work with the RPG publisher and employee Rick Heinz isn’t sure whether the studio will be around in the future.

The tipping stone was when tattoo artist Chad Rowe went public with a series of tweeted screen grabs of a conversation between himself and Jamison.

Jamison had to pay for the tattoos he had received, and the conversion shows what can be described as uncharismatic and egotistical rebuttals from the Apotheosis Studios boss on the way. Others have used more colourful language to sum up the conversion.

At one point, Jamison et al demanded apologies before appearing willing to progress any further. At another, Jamison offered unsolicited ‘education’ for Rowe.

The heart of the problem was a retrospective contract that Jamison asked for but didn’t like, describing it as a gross misrepresentation. It may have been as the contract is retrospective, and there seem to be no written records of what was agreed.

As the situation developed, others in the tabletop community stepped forward with stories of their own problems with Jamison. Renaissance Gamer has a great summary and permission from friends to share some of their experiences. One such contact is Jessica Marcrum who wrote for Apotheosis on Sirens: Battle of the Bards.

The writers involved at this point are being very calm and polite, explaining their understanding of how things normally work. Jamison continues to be very angry about it all. I might almost say, suspiciously angry, especially for someone who purports to have done no wrong.

Elsewhere, Pat Edwards and Tristian and Katie share their experiences.

To wit, Jamison Stone has stepped down as CEO of Apotheosis Studios. The Kickstarter announcement says

As a company, our goal is and always has been to create unique content and storylines for role playing and tabletop games that allow for a safe and respectful gaming environment. We will not, and cannot, allow such actions within our company, or with the contractors and consultants we work with.

Jamison Stone has resigned as CEO effective immediately. The executive team at Apotheosis Studios are discussing the matter internally and will update you with an official statement and decision of company matters as soon as we can.

Comments from backers suggest the drama isn’t over with gamers aware that the move is likely an attempt to shield the company.

We need some proper accountability.
Jamison “stepping down” as the CEO is a meaningless publicity stunt. He owns the company, the title he gives himself matters only in so far as it strokes his massive ego.
We need proof that all writers, layouters, designers, etc., who were, I think, all freelancer, were all paid, and the actual owed amount (if not better!). No pay by edited word count or shit like that.

Zergpool who backed at a level to have their name added to the project wrote;

Pay your content creators, and remove me from the book. I want nothing to do with this project.

As a freelance writer myself and a decent person I’m disgusted by the behavior of JS and SP that has come to light. JS’ gaslighting Facebook post several days ago before the floodgates really opened is particularly telling and loathsome. I’m glad I only dipped my toes in at the $1 level on this one.

Satine Pheonix is often a high-profile collaborator with RPG publishers, including Wizards of the Coast, a current special guest at Origins. Social Blade, the tracking site, shows the celeb has lost thousands of social media followers in recent days. 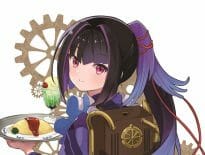