You are here: Home / Games / Tabletop & RPGs / Caster Bastards and the Great Grotesque: The Skullkickers 5e RPG is out

Skullkickers is a comic book series from Jim Zub and Edwin Huang. It’s a popular series, with loads and loads of stars on Amazon for the very many volumes.

The series follows two brutal mercenaries in a fantasy world as they take on monsters and cause havoc searching for fortune. In 2020, there was a Kickstarter to fund a 5e RPG and a new story.

DriveThruComics has the RPG and story, with the discount showing a reduction from $14.99 for the 216-page offering to $9.99.

That’s 36 pages of a comic from Zub, who’s worked on D&D, Conan and even the Avengers, and art partner Edwin Huang who’ve drawn for Street Fighter and Darkstalkers.

The RPG is 170 pages of sourcebook with content from Mike Olson (FATE) and E.R.F. Jordan (Mythic Encounters). There’s;

In the old school vibe of the Skullkickers adventures, Caster Bastards and the Great Grotesque also has a trap-laden dungeon crawl of adventure.

When the Skullkickers take on a mission at the Academy of Serious Sorcery and Holistic Occult Learning, it’ll take every ounce of courage they possess to find their target while steering clear of warped wizardry, whimsical wands and wicked witchcraft wielded by weeping wimps or woeful waifs.
This book is both a celebration of sword & sorcery adventure and a cunning cash grab built around the staggering ever-increasing popularity of that damned nostalgic RPG we all know and love despite its endless flaws.

Caster Bastards and the Great Grotesque: The Skullkickers 5e RPG is out 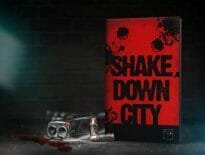 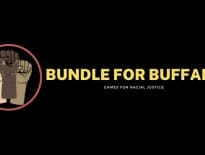