Backwater Games are taking their Southern Gothic Horror tabletop RPG where saying alive requires careful thought and are making it more challenging with the City of the Arch.

The first expansion of Backwater: Southern Gothic Horror describes the Outskirts of a post-apocalyptic America. You don’t need the original rulebook. We do need the Kickstarter for the indie company to succeed and it’s launched a project this week.

Geek Native has a double-feature generous preview from the game to show you.

If you’re a learn-by-stream sort of gamer then on the 25th there’s Toddmoonbounce and NerdswithDice on the 31st.

Welcome to St. Louis, the City of the Arch. Beyond Backwater and the border of the American Lands lies the City of the Arch, a diamond in the rough and a trove of Old World artifacts for those who wish to strike it rich, uncover lost technology, or shed light on this nation’s catastrophic history. Drawing curious researchers, skilled prospectors, and desperate scavengers from across the continent, the ruins of the old city are a vast urban jungle, crawling with danger but promising a fabulous wealth of knowledge, technology, and antiquities—for those who survive. Are you willing to risk it all, scavver?

As this post goes live, discounted early bird offers are still open. However, if you miss those, a pledge of $15 is enough to get a goodie. That goodie is a PDF copy of Backroads.

At $22, you’ll get the Backroads expansion and the Backwater core rules, both as PDFs.

Hardcover collector? You have to step up to $75 for that and tackle shipping. There are other tiers, but if you want the core rules and expansion in hardcover, then that’s $135.

The tiers stop at $270, in which you’ll get a special acknowledgement and create a monster. 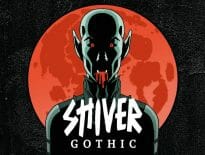 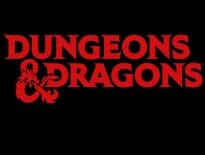