Thirteenth Moon Games is a new tabletop games publisher that has taken its first RPG to Kickstarter. This is a wise move, but I would have prefered them to have an accessible version of their story, as that feels a better match for their audience.

The game in question is Coven & Crucible, and it’s set in a world where magic, witches, and supernatural creatures such as magical animals are real. And magic is hard work. You can find out more on the pitch page.

Witches are people who have learned magic, and that’s a “skill that meets practice” like martial arts, cooking or even programming.

The game is set in a neo-noir version of Chicago, shiny on the outside but tough behind the corner.

The game engine uses four attributes and 2d12. Characters specalise and join together to tackle the world.

The art certainly has my attention.

The reason everyone isn’t summoning up demons or turning lead to gold or flying is because magic is work. Just like computer programming. People may get into it thinking they’re going to make the next blockbuster computer game. But as soon as they realize it’s a lot of math and bits and bytes they give up. Most people just won’t want to put in that kind of effort.

You can support the project with social shares and pledging money. If you can reach up to $25 with your financial support, then you’ll get a thank you credit and a PDF copy of the game.

At $50, a hardcover copy is added to the reward loot.

There are higher tiers which include, but are not limited to, $100 for a one-shot seat at a game run by the writers, $150 for adding a city to the world or even $300 to get your original self in the games’ art.

Thirteenth Moon Games estimate that the game will deliver around June 2023.

Thank you for sharing the Kickstarter for Coven & Crucible! And I agree, the artwork is pretty amazing. 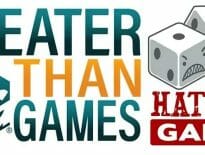 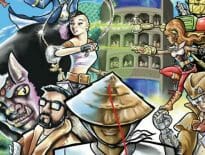