You are here: Home / Games / Tabletop & RPGs / Kalymba is an RPG that brings African myths to the tabletop

Craftando Games is trying again with Kalymba, the African-inspired tabletop RPG. The initial effort asked for $50,000, and the latest only $10,000.

The publisher is known for success in Brazil, and this innovative non-European presentation of mythology already has a fan base. There are over 100 backers in the opening hours. You can find out more or pledge from the pitch page.

There isn’t a text version of the Kickstarter story page, which is not uncommon but not desirable either.

Kalymba is an action-adventure TTRPG inspired by cultures and mythologies of the African continent. The book presents dozens of legends, gods and fantastic creatures that inhabit the world of Aiye, and also introduces a dynamic and intuitive rules system, without predefined classes, and that only requires the six faced dice to be played.

Kalymba allows for the creation of unique characters and promotes multiple play styles, from epic journeys full of monsters and spells to complex political plots marked by secrets and twists. This afrocentric setting shines a new light over the classical fantasy, promoting both fun and diversity. Beyond a great game, Kalymba is a tribute to Africa and to all people that call it home.

Characters will access over 120 special abilities, 150 items, a unique progress system and all without class restrictions.

A pledge of $25 will get you two books; digital editions of the core Kalymba RPG and the adventure Twilight of Kings. You also get an original 10 file soundtrack and all digital downloads.

At $45, backers will be rewarded with the hardcover, coloured character sheets and tier-one stretch goals, and the previous digital goods.

Then, with $60, the adventure Twilight of Kings is added as a softcover along with some prismatic dice and tier-two stretch goals.

Backers at $100 get everything before, more dice and Griot’s Shield, while the top tier, $200, gets 6 dice in total, a t-shirt, an exclusive mini and a dice box.

Craftando Games reckon they can move quickly and fulfil the lot by the end of the year.

Kalymba is an RPG that brings African myths to the tabletop 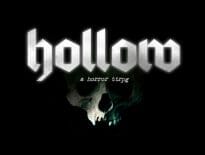 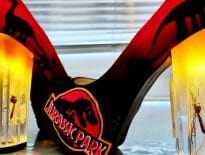 Geek Stuff We could versus we should: These high heels are Ju…
wpDiscuzComment Author Info
Manage Cookie Consent
This site uses cookies 🍪, and links are ads that may earn bloggers some money 💰, and with this alert, I very much hope that these dark truths 🧌 are acknowledged.
Manage options Manage services Manage vendors Read more about these purposes
Preferences
{title} {title} {title}
Loading Comments...