Role is a virtual tabletop and community that raised $100,000 on Kickstarter. The pitch is to offer traditional RPG but computer game style.

Role concisely but perhaps underwhelming describes that with the launch of Chrome as “A future free of PDFs”. You see, the game is part of the virtual experience. They’re not bolting two things together.

Chrome is their first game. It’s free to play, and you don’t need any other bits and pieces; you just need to use Role.

It’s a brave choice for a launch one, but thankfully not another Western-myth inspired high fantasy. It’s a cyber-horror and electric noir game set in New Los Angeles.

Heads up, Operator. If you’re reading this, I’ve flatlined – or worse. Either way, the run’s incomplete. Voidspace in the area’s thick, daemons closing in on the static. I’ll be brief… These streets aren’t what they seem. NLA has some dark parts no one is talking about. Not like the normal haze, I’m talking pits and whispers that trace back before the Source. It was supposed to be just one job, but it’s all gone sideways in the noise. Packet is yours now. Credits on delivery are good, but we both know it’ll be a pressure cooker to get there. You’re not ready. Clearly I wasn’t. But hey, all we can do is run.

Burn hard or burn out. Welcome to New Los Angeles.

There’s a quick-start room for the game, a virtual interface to get you going with characters, a ready-to-run scenario and easy access to the rules.

It’s still an RPG where you read the rules, but Role says you won’t get lost in the noise or thumb through long books. There’s a powerful search, interactive keywords and quick navigation.

The system it uses? It’s based on Mothership, rooted in the Panic Engine, scene-based play for one-shots and short campaigns. 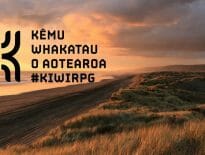 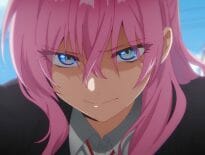