Aotearoa (New Zealand), the land of the long white cloud, will host KiwiRPG Week from May 1st. There will be bundles at DriveThruRPG and Itch, actual plays and game (sort of) premieres.

Last year, the event started as #KiwiRPG hashtag for which podcasters, live streamers, and game designers promoted. Why? Well, in their words;

It isn’t always easy to share news of our creations with the rest of the world. We can’t easily make it to GenCon or Dragonmeet! However, everyone here sort of knows everyone else*, and #KiwiRPG uses these friendly networks to combine our voices and reach further, together.

(* not actually a joke, it really is like that here)

KiwiRPG will now mark the occasion of the 2022 week with the launch of Hamish Cameron and Ardens Ludere’s Kratophagia and Morgan Davie and Taleturn’s Paranormal Wellington.

Live streams will include Monster of the Week: The Faces of TolTeTotl which runs on Sunday 1st from 7pm NZST and “YES, AND” CHARITY STREAM PRESENTS: CULT OF KEVIINE which kicks off on the 7th at 2pm NZST.

Kiwi RPG, or Kēmu Whakatau O Aotearoa, as it can also be called, is coordinated by Liz Parker and Morgan Davie. The event no longer fits on Liam Stevens’ Discord server, which was host last year.

Cameron and Ludere’s game is an intense one.

The crashed ships of the Progonoi pierce the land like teeth of a dead god. The domed cities of the Katoikoi lie squat and empty among them, strewn like droplets of the land’s blood. The air is fetid and deadly, but you’ve learned to breathe it. You’ve learned other things besides. And your swollen glands thirst to know more. In the land of the dead, you eat or you die.

How to do you pronounce the Powered by the Apocalypse RPG? Krah-toe-fah-gee-ah.

Paranormal Wellington is a different tone and features bumbling sleuths on the trail of the supernatural.

Wellington, New Zealand/Te Whanganui-a-Tara, Aotearoa. A very serious city where serious things happen and only the most serious investigators will thrive. Seriously.

You and your partners will look into supernatural happenings while being recorded for a curious audience. Bumble through! Keep the audience informed! Careful now, don’t get puffed!

Paranormal Wellington is based on John Harper’s World of Dungeons, which was Powered by the Apocalypse.

This particular take on PbtA features such skills/abilities as “Sweet As”, “Yeah Nah”, and “Bugger”. Well, there you go! 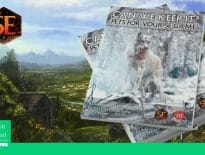 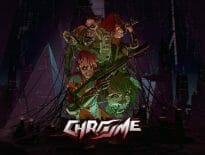