You are here: Home / Games / Tabletop & RPGs / Friendship and anarchy: Misspent Youth RPG urges you to Fall in Love, Not in Line

Fragging Unicorns Games are funding a new edition of the RPG Misspent Youth, and it has a healthily subversive feel. The GM is known as The Authority, the force that grinds players, aka the Youthful Offenders, down.

The game itself is about friendship and standing up to bullies. On the way, you’ll change the world. You can join the backers, perhaps be the one to nudge the project over the $10,000 line (it’s nearly there) from the pitch page.

There are several settings in the book, but they’re all based around that youth versus authority concept.

Scenes start by asking questions about the friendships the PCs have and then telling a story about the adventures they have… until the Authority steps in and starts messing things up.

Each episode of this drama has five scenes and a beginning, middle, and end structure.

Fall in Love, Not in Line is the next Misspent Youth book, and it’s a little different than what you’ve seen from us before. The big idea behind this one is to make it really fun and easy for people to jump in and play the game, without having to spend a lot of time learning rules or making a bunch of stuff up first. We’ve streamlined starting a new campaign, so that you can open the book for the first time and play through your first episode all in one night. Each chapter includes a new campaign setting, complete with a world, the Authority, a cast of Youthful Offenders, and a pilot episode to play through. This pilot episode includes details and guidance to help ease you into the setting and introduce the rules as you play. Beyond that, there are a few brief suggestions for where you might take the campaign with future episodes, but where your story goes from there is completely up to your imagination.

A backer at $20 will be rewarded with PDFs of this new edition of Fall in Love, Not in Line and the earlier Misspent Youth RPGs.

$35 backers will also get a physical copy of Fall in Love, Not in Line as well. Those at $70 get PDF and physical copies of the whole series.

The tiers go up to $500 and include games run by Unicorn members.

Friendship and anarchy: Misspent Youth RPG urges you to Fall in Love, Not in Line 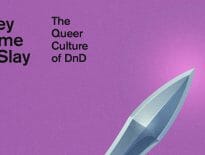 Books The Queer Culture of DND: They Came to Slay will b… 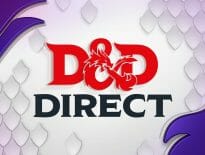